4 Books on Philippine Food and Cookery Worth Reading 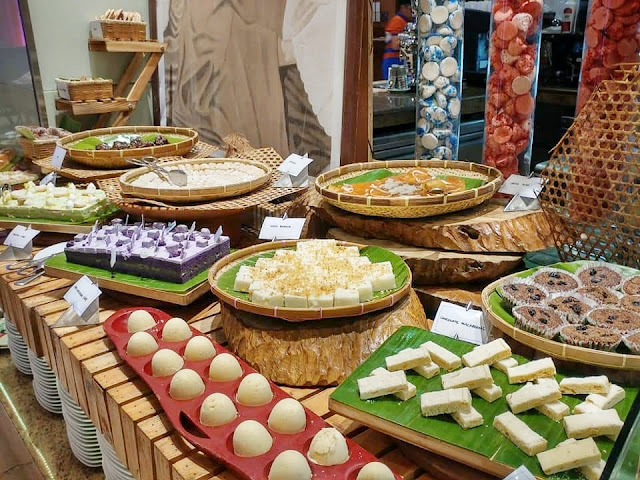 In the Philippines, there aren't a lot of bookstore options. We don't have a plethora of independent bookstores similar to the ones you can find in New York City, Los Angeles, Chicago, London or even in Paris.
About 5 or 10 years ago, there were 4 or 5 known bookstores that you can normally go to when looking for a book especially when you are at the mall. You have National Bookstore, Powerbooks (owned by NBS), Goodwill Bookstore, Fully Booked, Bookmark, Books for Less and Book Sale (the last two sell second-hand books and magazines). There was even a somewhat independent bookstore before in Glorietta which I frequented. It was called A Different Bookstore. It used to be located in front of Rustan's. I bought several pop culture books from them based on my favorite TV shows at that time (Friends, Sex and the City, etc.). As of last year, Powerbooks and Bookmark closed all of their brick and mortar stores which was sad for book lovers. There used to be a Goodwill Bookstore right in front of the University of San Carlos in downtown Cebu City. In one of my walks around Cebu, I was able to visit that particular store twice. On my last trip early last year, I found a treasure trove of postcards showing Manila in the 1960s and other Philippine cities in the same era. I bought almost all of their inventory. When I decided to go back a couple of months later, that particular Goodwill Bookstore branch was already closed. Nowadays, you find more and more people buying books online whether it's a printed copy or an electronic one. Even textbooks have electronic editions. People are still buying books but they're not overly dependent on the familiar bookstores. Book fairs are now being held annually in the Philippines. You have the Manila International Book Fair which is held every September. You can also add Malaysia's Big Bad Wolf Book Sale which went to three cities this year (Manila, Cebu, and Davao). There are even booksellers in Facebook and Instagram. Going online to browse books has been a new outlet for me. I now do my window shopping online. Sometimes, it's so tempting not to buy stuff that I turn-off the internet and hide all my devices to avoid purchasing. The Kitchen Bookstore and Anahaw Books are virtual bookstores. Some of their books are a little bit pricey. I think they have a particular target market. And so I go directly to the source, the official online stores of the publishing companies. I've recently bought books from Anvil Publishing, Tahanan Books, Anahaw Books, and Bookmark and had them shipped to my address. It was hassle-free and the books were packed nicely. I even got a free calendar from Tahanan Books! The only thing that will make you cringe are the delivery fees. I only buy online as a last resort and especially if they're on sale. For a couple of years now, I've been trying to find books by Doreen Fernandez who died in 2004. She was a pioneer when it comes to food writing. Ms. Fernandez was one of the firsts to have a dedicated food column in a national broadsheet. She wrote about Philippine food history and culture. The Doreen Gamboa Fernandez Food Writing Award is named after her. Her books remained elusive to me until last week when I was at home nursing a very bad flu. I’m not sure what crept to my mind and made me do another virtual search for Ms. Fernandez's books. I first tried The Kitchen Bookstore and there was one search result but I found the price a little too high plus when I add the delivery and Paypal fees (yes, they have a 33PHP charge when you use your credit/debit card and Paypal), the book will end up costing me 1000PHP. I decided to check out Bookmark's website since I saw that they were the publisher. Lo and behold, I found not just one but two books authored by Ms. Fernandez on their website. I immediately saved them in my shopping cart. I browsed through the other pages to see if there were any more books that I could add to the cart. One of those books that I found was Fruits of the Philippines. It has a comprehensive list of fruits that can be found in our country. It provides the origin of each featured fruit. It also includes recipes and information on the status of our Philippine fruits whether they are endangered or they're still abundantly available.


Did you know that the cashew (kasuy) and pili can also be classified as fruits? Since they grow from trees, we can consider them fruit of trees. Generally, people are more aware of them as nuts since they are commercially produced as such. It's not only the coconut that is not just a nut.


I was also surprised to find out that mabolo is not a name of a tree but a fruit and that the Philippines grow cavendish bananas for export instead of our local varieties.
Another book by Doreen Fernandez that is worth reading is Kinilaw: A Philippine Cuisine of Freshness. She wrote this together with Edilberto Alegre. It dissects the history, cultural and social importance of this particular dish to the Filipinos. Similar to adobo, kinilaw has several versions depending on where it is being prepared. I wasn't too familiar with Kinilaw when I was still living in Manila but in Cebu, it's a staple food in most restaurants and fiestas since there's an abundance of seafood in the area.
Kinilaw as a dish predates the arrival of the Spaniards. There are archeological finds that proves our ancestors ate a lot of kilaw whether it's seafood or even game meat. 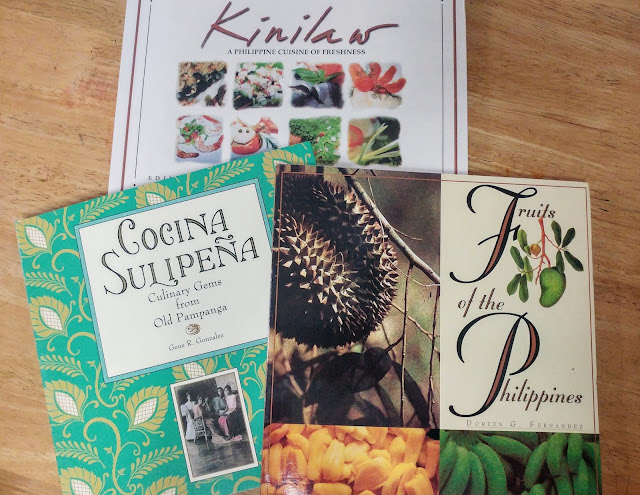 A book written by Chef Gene Gonzalez in the 1990s also piqued my interest. Cocina Sulipeña is more than a cookbook. It's a social and cultural narrative of the food, the people, and of a town that has now been delegated a barangay in Pampanga.


This one is close to my heart since my family also hails from Pampanga particularly Apalit where Sulipan is now part of it.


A Russian Grand Duke, a King of Cambodia, Philippine heroes, and a variety of Spanish and American colonial personalities have graced and been feted by Capitan Joaquin Arnedo Cruz, his wife Capitana Maria Sioco de Tanjutco Arnedo and their kin.


I noticed that some of the different Kapampangan dishes in the book uses a lot of olive oil and other expensive ingredients that only the rich landowners could afford. Aside from rice, there were sugar plantations in Apalit and Sulipan.


Chef Gene has operated and owned several successful restaurants in the Philippines. He was named one of the Ten Outstanding Young Men of 1993, in the Culinary Arts area. He created Cocina Sulipeña as a loving tribute to his forebears. He's a descendant of the prominent Apalit families, Arnedo and Gonzalez.
I ended up buying all three books from Bookmark and even with the delivery fee, it was still a good buy considering the rarity of these books. I consider it an investment as a food enthusiast. Another book that I discovered about Philippine food culture is written by Clang Garcia, a culinary explorer and owner of Jeepney Tours. I tried to message their official Facebook page (Food Holidays) to see if they're still selling the book but didn't receive an immediate response. They finally replied to my message a couple of weeks later but I already found a signed copy at Anahaw Books instead.If you're planning your next trip or vacation in any of the Philippine provinces be sure to have a copy of Food Holidays Philippines. It's a guide book that will assist you in discovering the food gems that the Philippines has to offer. The book provides itineraries, recipes, and the history of selected dishes. I love the idea of the tricycle food tour in Malabon. This food guide was recognized by Gourmand (World Culinary Awards) as one of the Best in the World in 2017. 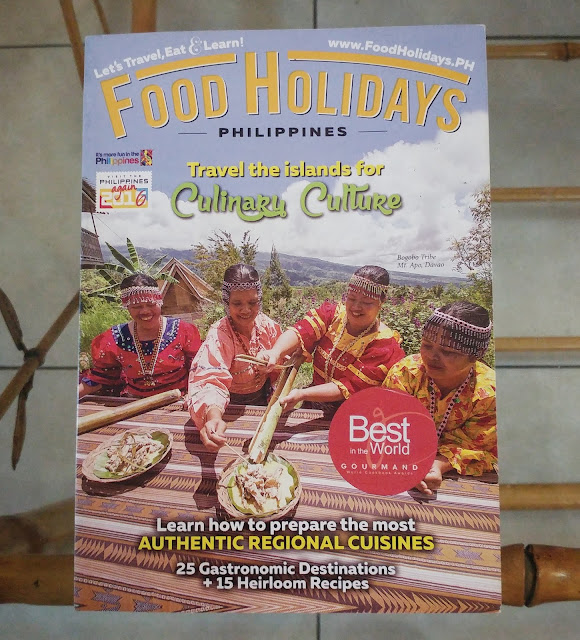 My newfound interest in Philippine food and cookery was heightened when I started writing about the Cebuano food scene for my blog. Reading these books ignited a fire in me. It never ceases to amaze me how we Filipinos have a wealth of food culture and it's time for it to be front and center in the world stage.
books Entertainment food Philippines