A Heritage Visit to San Miguel Arcangel Church in Argao 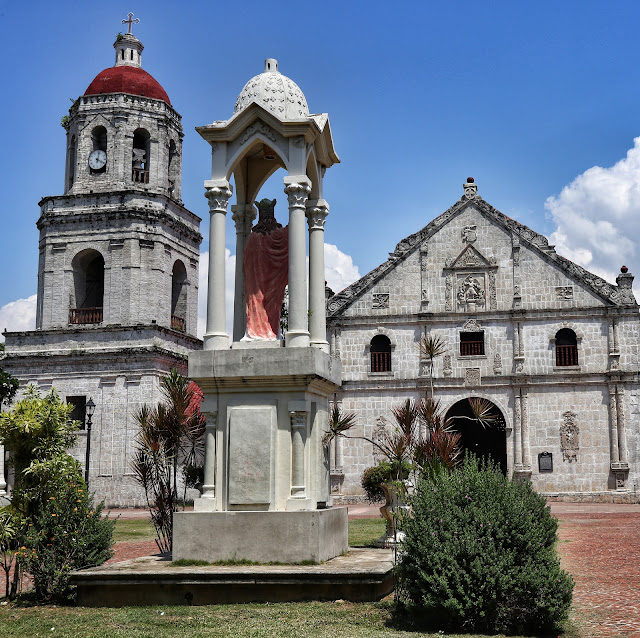 The Cebuano word Argao meant towering tree or sali-argaw. It is the name of a municipality located 68 kilometers southeast from Cebu City. Argao was founded as a pueblo or mission village by the Augustinian Order in 1608 under the advocation of San Miguel Arcangel.

Argao town is more than its famous torta or tableya. It is one of the heritage frontiers of the province of Cebu. And the centuries-old church of San Miguel Arcangel is a witness to history.

The Ecclesiastical Province of Cebu has the most number of surviving and well-preserved Filipino-Hispanic churches in the Philippines as stated by Father Rene B. Javellana, SJ in his La Casa De Dios book.

Most of these churches were built by the Augustinians as they created towns and Christianized the population of Cebu. The town of Argao was part of the Visita de Carcar until 1733 when it became its own parish. Father Ignacio de Olalde, who was the first parish priest or Cura Parocco from 1735 to 1740, initiated the building of the first church of Argao dedicated to San Miguel Arcangel or St. Michael Archangel. Laborers and artisans used locally-sourced materials such as coral-stone and hardwood. The church was completed by 1788.

The present church and convent structures could be traced to 1803 when Father Mateo Perez started rebuilding and redesigning them. The work was completed in 1836. Bishop Santos-Gomez Marañon added the belfry or bell tower in 1830.

As the Philippines experienced a number of earthquakes throughout the Spanish Colonial Period, Spanish priests and maestro de obras learned to separate the belfry from the main church. This is the case with the 3-level bell tower of San Miguel Arcangel which has a square-based foundation. The belfry is connected to the church by a single-level baptistery. A large bell is found on the second level while 8 smaller ones are on the third floor.

It also features a clock that faces the front of the church complex. These churches that were built by the Spanish priests had a pastiche of different parts and styles mainly Baroque and Rococo.

Common features of these Augustinian churches are the nave, transepts, the magnificent retablos or altars, elevated sermon pulpit, and choir loft.
The church's pipe organ was built under the direction of Augustinian Recollect Friar Diego Cera around 1816 - 1818. The pipe organ was restored and rehabilitated from 2015 - 2017 by the Diego Cera Organbuilders. Inc.
Fray Cera was the Parish Priest of St. Joseph Church in Las Pinas and who built the famous Bamboo Organ of Las Pinas in 1816. He was known for his tripartite case organ-style which became popular.

The nave is considered the central part of the church where the faithful gather. It was recorded that during the Spanish period and even in the early American years, the congregation stood while attending mass except for the Principalia and honored guests who had their own donated pews.

The transepts are the two parts forming the arms of a cruciform or cross-shaped church near the main altar. These two arms also have their own minor altars that have statues of saints that are taken care of by religious confradias.

The main door of the church at the front entrance was reserved for the carrozas that were used during processions. A postigo which is a small door cut within the frame of the wooden door is mainly used as an entrance by the church-goers. A sample of this type of door-within-a-door is located in one of the transepts that serve as a side entrance of the devotees. 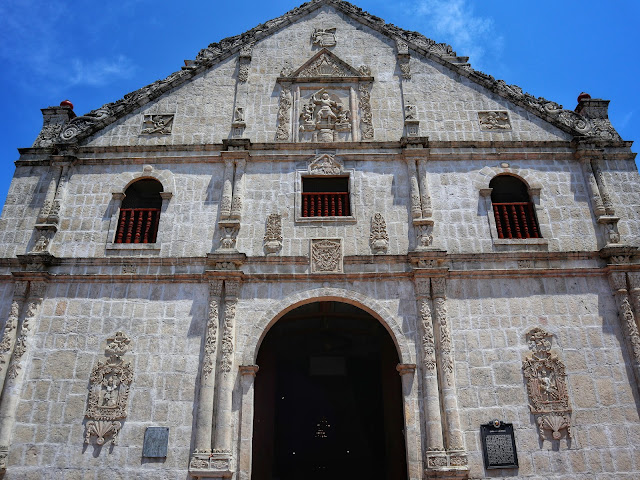 The carved pediments can also be seen in the Capilla Mortuario which is a few meters away from the church. The designs on the pediment include a skull and bone, angels, and humans. The mortuary chapel also served as a leprosarium and even became a morgue where autopsies were conducted during the Philippine-American war.

The cemetery used to be part of the church grounds (present-day gardens) until it was located farther away from the population during the 19th century when public health was implemented.

In 1876, the church and convent were destroyed by a typhoon. It was not until 1904 when the church was renovated and enlarged. Seeing the black and white tiles that adorned the entire floor of the church, reminded me of Carcar's Sta. Catalina de Alejandria, La Loma Cemetery's St. Pancratius, and even the Palacio del Gobernador in Intramuros which all had the same Machuca floor theme, popular in the 19th and early 20th centuries.

1924 saw a lot of changes to the church. Galvanized iron replaced the roof tiles and the interior paintings were done by renowned Cebuano muralists, Raymundo Francia and Canuto Avila.

For the preparation of the church's 200th anniversary, another major renovation was conducted from 1987-1988. During my visit in 2017, the church was still in the process of being reconstructed because of the effects of the 2013 earthquake.

Argao is one of the best places for fans of history, architecture, heritage, and even of food to visit and spend some leisurely time.

You can rent a vehicle or ride a bus (South Bus terminal along N. Bacalso Avenue in Cebu City or bus stations in Cebu IT Park) to take you on the trip of discovery and adventure to the southern part of Cebu province.