Stories of Hope In the Time of Quarantine

As a bibliophile, I have a confession to make --- Paulo Coelho is not my cup of tea. I think a lot of Coelho fans will raise their arms against me for saying this. I've only read one book of his which was "The Alchemist". It took me several tries before I could finish reading it. After my experience with "The Alchemist" book, I've never had the inclination to read Paulo Coelho again.
While surfing the internet a few days ago, I came across this quote attributed to him: "It's the possibility of having a dream come true that makes life interesting". Since then, I've repeated this line whenever I feel down. I associate this Coelho quote to having Hope especially in these uncertain times of ours.
And during the weeks since the start of the quarantine here in Cebu, Hope has been a core mantra of mine. It could also be the reason why stories of hope have been attractive to me lately.
I'm a student of History. I've always been fascinated with people and events that happened centuries ago. Philippine historian, Ambeth Ocampo, wrote that: "History does not repeat itself, it is we who repeat it." Consciously or unconsciously, human beings over the course of time have repeated decisions and choices that resulted in events being replicated. Yes, there are circumstances in which we cannot control (e.g. COVID 19, the black plague, the Spanish Flu, etc.).
But, I never imagined that in my lifetime, I will be experiencing what people of the past have experienced. Of course, in context, our situation differs from them greatly. But, the sense of loss, despair, guilt, and even at times, helplessness binds our times with theirs.
The following stories that I'm sharing were some of the posts that I wrote on social media while living in the time of quarantine. Writing these helped me cope with the unusual state of affairs that we find ourselves living through.
The Mad Rush
My Toshiba laptop has been with me for 9 years. It's still working except for the battery. Unfortunately, while setting-up for work from home, it wasn't compatible with my office system. I had to make a split decision to purchase a brand-new laptop and a good thing I did because the same day that I bought my laptop, the malls in Cebu decided to close shop in response to the ECQ.
It was definitely a close call but due to the rush, I didn't notice that newer laptop versions are built slimmer and compact. To make it lighter and cost-friendly as well, certain ports have been changed or modified. In mine, there was no ethernet cable port. I can connect to the internet via wifi but there were instances when the connection was unstable.
One of my co-workers shared that she was able to purchase a LAN adapter in Lazada. I tried my luck again and found the same seller in Shopee (UGreen store). I prefer Shopee over Lazada due to some delivery issues.
So, I bought a LAN adapter, ethernet cable (don't forget to include this in your order), and some cable wire organizers. I purchased them on May 11th and received them on May 23rd. Not bad for the delivery timeline.
And another thing, if you don't have a proper workstation or table to use, your ironing board will be the best substitute. Trust me, I've been using one since I started having my work-from-home setup.
I acknowledged that I am fortunate enough to have the ability and opportunity to continue working at this time. I do feel guilty of being able to work at home compared to those who struggle to go to earn their wages. They have to face an unseen enemy that can be lurking anywhere when they go to their various places of work. 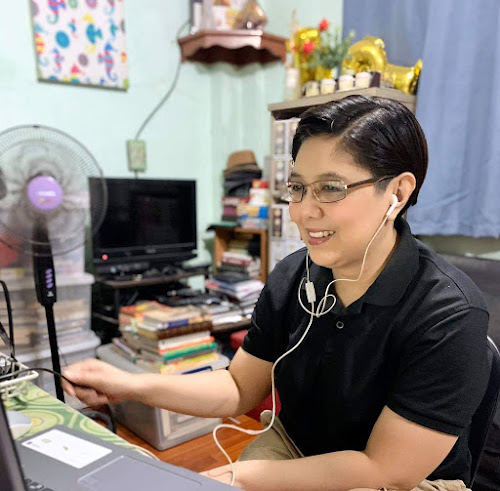 The New York Times 100,000: The Names Behind a Grim Toll
I am a self-confessed hoarder. There was a time that I was collecting old issues of Life magazines --- that iconic weekly (then monthly) photo-chronicler of American life and history.
One of my fave places to visit and buy nostalgia was a shop called Old Manila in SM Megamall. In one of my search and find missions in the early 2000s, I came across a Life magazine issue that featured the names and photos of 247 Americans who all died in Vietnam in a single week. This was at the height of the Vietnam War and most of the dead were young servicemen and women. The issue came out in June 27,1969.
By the end of the Vietnam War in 1975, there were more than 800,000 Vietnamese deaths, mostly civilians. The U.S. death toll was at 58,318.
In its Sunday cover (April 14, 2020), the New York Times posted the names and one-line descriptions of 1000 COVID victims in the United States. They gathered the info from obituaries across the country.
Since the start of the COVID19 pandemic, more than 250,000 deaths have been recorded worldwide. 1000 names represent almost 1% of the total death toll in the United States (I think they're at 98,000).
100,000  --- this number also reminds us of the war dead during the Battle for Manila in February 1945.
We see numbers...we see statistics...we see data...But, we shouldn't forget that these numbers represent real people...whether they died because of a disease or because of war...we should mourn the loss of humanity.
A World War II Survivor: Battle of Manila 1945
In February of 2019, I bought James M. Scott's book, Rampage: MacArthur, Yamashita, and the Battle of Manila. It took me several months to finish reading the book; not because it was a hard book to read but it was emotionally difficult.
It vividly captured the devastation that the city of Manila experienced; how thousands of civilians were massacred, mutilated, and assaulted by the Japanese. Twenty-five days of desperation for civilians trapped between two opposing armies. 600 city blocks destroyed...11,000 buildings, houses, structures, churches, schools bombarded and demolished.
During the trial of General Yamashita, dozens of survivors recounted the ordeal that they faced under the retreating Japanese soldiers and marines who were on a mad rampage.
One survivor, 11-year-old Rosalinda Andoy, gave her testimony of how she sustained 38 bayonet wounds on her little body and how she witnessed the killing and death of her loved ones. She became an orphan.
I never knew until my cousin shared a FB post that the same Rosalinda Andoy was known as Ms. Rose Andoy, the kind and always smiling lady who manned our grade school bookstore in Miriam College.
Later in life, she became a Benedictine nun, Sr. Mary Paul, and lived in Germany. Unfortunately, she died in October 2019 from a lingering illness.
The atrocities and rampage were not limited to Manila during those last days and months of the Japanese Occupation. Countless survivors continued living their lives with physical and mental scars tattoed on them.
We can forgive but we should never forget. We owe it to their memories to continue to remember their sacrifices. 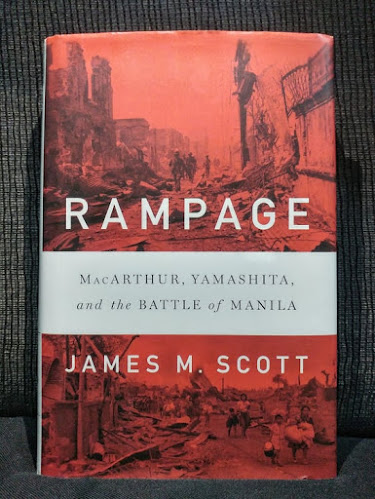 Meals and Masks for Cebu Frontliners
A few weeks into the quarantine period, one of my co-workers came up with the idea of banding together and supporting the Cebu front liners. We started out with the plan to provide meals and face masks to the Police and Military checkpoints in Mandaue and Cebu Cities.
We started mobilizing our networks. We received overwhelming support from families, friends, acquaintances who saw our Facebook posts and generously provided more funds for us to do three runs donations where we provided packed meals, face masks, ear bands, toiletries, rice to our dedicated front liners.
It's a different sort of fulfillment being able to extend support and assistance to others in the time of uncertainty. Hope really is a beautiful thing.
_________________________________________________________________
This story is an entry to ComCo Southeast Asia’s “Write to Ignite Blogging Project”. The initiative is a response to the need of our times, as every story comes a long way during this period of crisis. Igniting and championing the human spirit, “Write to Ignite Blog Project” aims to pull and collate powerful stories from the Philippine blogging communities to inspire the nation to rise and move forward amidst the difficult situation. This project is made possible by ComCo Southeast Asia, co-presented by Eastern Communications and sponsored by Electrolux, Jobstreet and Teleperformance. 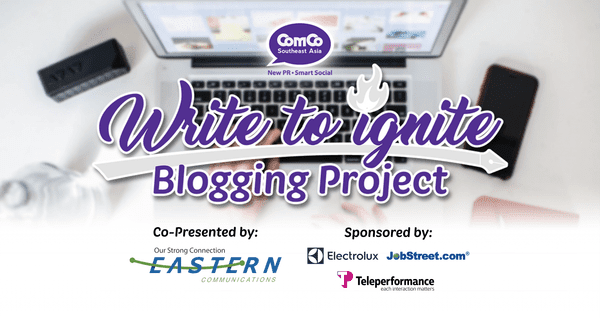