Trese: Reading the Comic Books Before Watching the Netflix Series 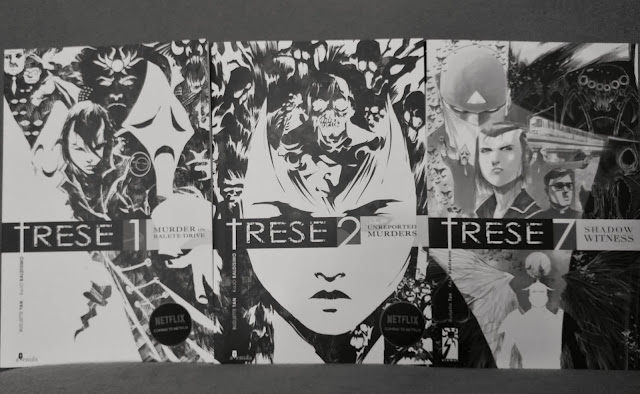 Trese or Alexandra Trese is a Filipino Detective who specializes in supernatural and occult crimes.

Originally published in 2005, the comic books have been popular among readers who loved the overlay of Philippine mythologies, elementals, and the supernatural into the "normal" world.

Netflix will start airing the Anime series, Trese,  on June 11, 2021. Just in time for the Philippine Independence Weekend. What a great way to celebrate Philippine culture and heritage by having our own Filipino Anime Series aired on an International Streaming Platform.

When Netflix started airing the teaser trailers for Trese, it created quite a buzz. Even the billboard ads that they placed all over major cities in the Philippines won viewers over because of the creative and unique approach that they took.

I've started reading Trese in the past couple of weeks and even though I'm not a fan of the Horror genre, I've enjoyed the storylines and characters featured in the comics. It has a very modern take on Filipino superstition and beliefs.

Watch the following video where I give an overview of the Trese Comics.