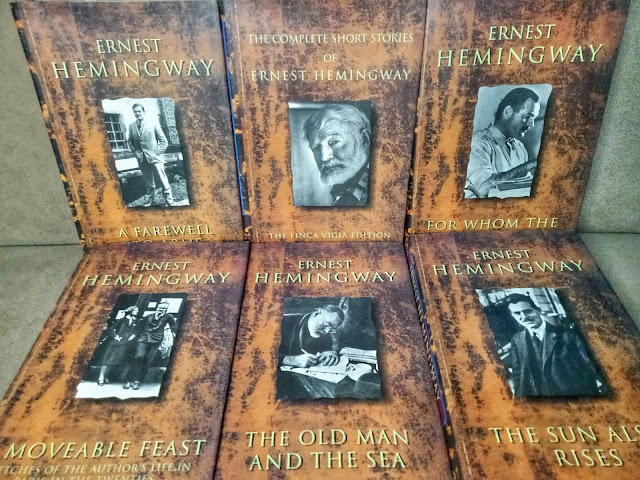 I must confess that I've only read Ernest Hemingway's short stories (e.g. The Killers) and his novella, The Old Man and the Sea.

But, I've always been fascinated with his life particularly his lifestyle. Living in Paris and Spain, writing about his gang --- The Lost Generation. His love of Royal typewriters, his numerous moleskin notebooks, and his island-life sipping on daiquiris and mojitos.

Hemingway visited the Philippines several times and he would often stay at the Manila Hotel. In one of his visits in the 1940s, he was on his way to China to accompany his then-wife, Martha Gellhorn, who was also an author, journalist, and travel writer.

Unfortunately, Hemingway was plagued by inner demons and died of a self-inflicted gunshot. He lost his father, a brother, and a sister to suicide as well. His granddaughter, Margaux, was not spared and would die of a drug overdose in 1996.

And yes, as per my Dad, I was named after her --- Margaux. She became famous in the 1970s as a supermodel (one of the earliest ones) and star of the movie "Lipstick".

What beautiful-looking books. Each book cover features Hemingway in various stages of his life. I'm so happy and privilege to have them. Hopefully, I can enjoy reading them in the near future

These books were published for Book-of-the-Month Club by arrangement with Charles Scribner's Sons.

For Whom the Bell Tolls

A Farewell to Arms

The Old Man and the Sea 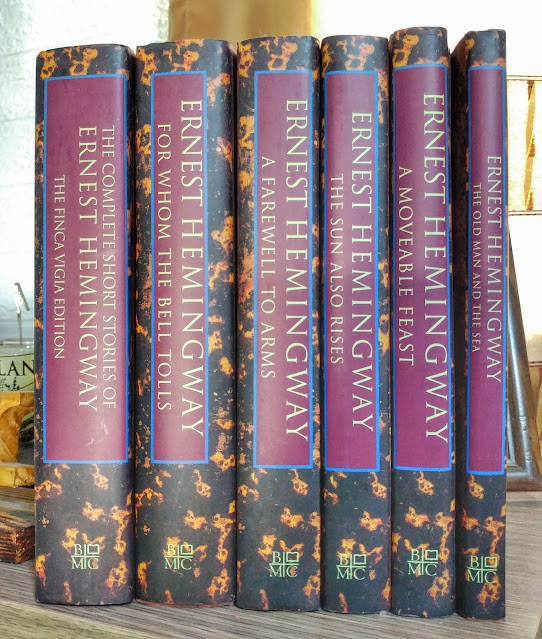 "If you are lucky enough to have lived in Paris as a young man, then wherever you go for the rest of your life, it says with you, for Paris is a moveable feast."