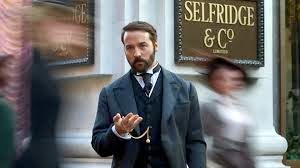 I just finished a 2 season marathon on the British series Mr Selfridge starring American actor Jeremy Piven. Jeremy Piven plays American-born businessman Harry Gordon Selfridge who created the world famous British shopping mecca Selfridge's. The series is based on the book by Lindy Woodhead. It chronicles the early part of the 20th century. It's being produced by the same channel that gave us Downton Abbey, iTV. In the U.S., its being shown by PBS. 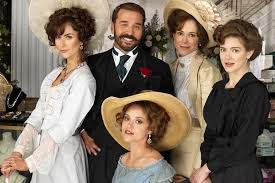 I thoroughly enjoyed watching Mr Selfridge. It has a different feel and tone compared to Downton but it's still worth watching. Aside from Priven, the other American actor featured is Frances O'Connor and the rest of the cast are comprised of talented British actors like Samuel West, ----- 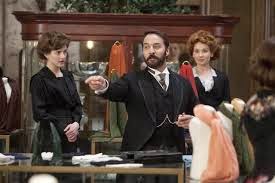 The third season will start by February and will feature new actors, storylines and will be five years later. If you have time to catch up with the first 2 seasons, do so! You won't regret it.
TV Shows