The Oscars, it's a family affair!

Posted by Margaux Camaya, The Visual Traveler February 22, 2015
It must be in the food and water that they had or it might have been in their genes but the celebrity names in this article are unique in the sphere of Entertainment history since they belong to families who have won multiple Oscars.

Take, for example, the Coppola and Huston families, they have 3 generations of winners. 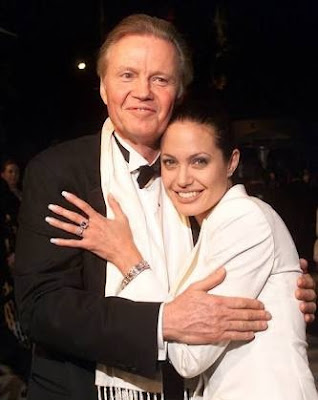 We have siblings (Barrymore, Beatty, and Maclaine, de Havilland and Fontaine) who won the Oscars as well as father-daughter (Voight-Jolie and Fonda) winners. We also have a family in which the father, mother, and daughter (Garland-Minnelli) won Academy Awards.

John Huston was known to direct his father's and daughter's Oscar wins. Walter Huston won his Best Supporting Award for The Treasure of the Sierra Madre (1948). The movie also garnered Academy Awards for John for Best Director and Best Adapted Screenplay. In the 1986 film, Prizzi's Honor, Anjelica won her Best Supporting Actress Award.

Henry Fonda was named as one of the Greatest Male Star of All Time by the American Film Institute in 1999. He won his first Academy Award for Best Actor for his last film, On the Golden Pond, in 1981. The movie also starred his daughter, Jane Fonda, who won her Best Actress Awards for the movies Klute (1971) and Coming Home (1978).

The Barrymores were considered Theatre and Movie royalty during the early part of the 20th Century. Siblings, Lionel, and Ethel Barrymore each won an Oscar Award for their cinematic performances. Lionel won his Best Actor Award in 1931 for A Free Soul. Ethel won her Best Supporting Actress Oscar for the 1944 movie, None but the Lonely Heart.

Another set of Award-winning siblings is Olivia de Havilland and Joan Fontaine. At one Awards Night, both of them were nominated for the Best Actress Award in which Joan Fontaine emerged as the victor. This was for the 1941 Alfred Hitchcock-helmed movie Suspicion. But Olivia de Havilland bested her sister since she won 2 Academy Awards for Best Actress for the movies, To Each His Own (1946) and The Heiress (1949).

In 1940, Judy Garland received the Academy Juvenile Award for her performances in the movies The Wizard of Oz and Babes in Arms. The award honored performers who were under the age of eighteen. Her husband, Vicente Minelli, won his Best Director Award for the 1958 musical, Gigi. Their daughter, Liza Minnelli, won her Best Actress Award for the iconic Cabaret.

Did I miss anyone? Can you think of any more Academy Award winning families?