From Jane Austen to Harry Potter: Actors Who Starred in These Movies

Posted by Margaux Camaya, The Visual Traveler March 08, 2015
Are there similarities between Jane Austen movies and the Harry Potter movies? Plenty! Just looking at these actors and actresses who starred in numerous Jane Austen-inspired films, you won't be surprised to see them in the eight Harry Potter movies as well.

There are nine British actors listed here that showcased their versatility in acting.

These films are quintessential British-made productions. Another comparison would be the authors themselves. Jane Austen and J.K. Rowling are rock stars of the literary world. They've influenced generations of readers. Their writings are timeless and millions of bookworms have read their books.

Robert Hardy played Minister of Magic Cornelius Fudge in four Harry Potter movies. He appeared in Chambers of Secrets, Prisoner of Azkaban, Goblet of Fire, and Order of the Phoenix.

He was Sir John Middleton in Ang Lee's Sense and Sensibility. Sir John graciously offered one of his cottages for the Dashwood family to rent. 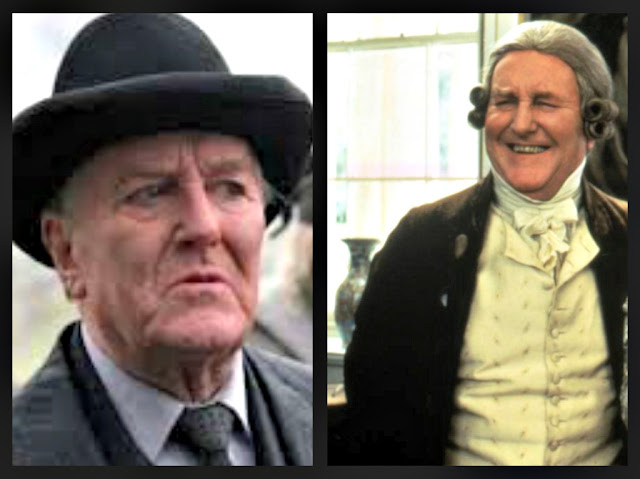 Gemma Jones was Mrs. Dashwood in the 1995 film version of Sense and Sensibility that starred Emma Thompson and Kate Winslet. In the Harry Potter movies, she was Mrs. Poppy Pomfrey, Head of the Infirmary. 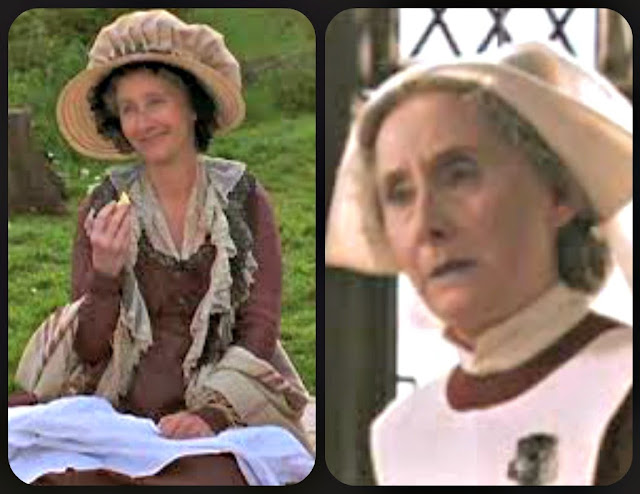 The beloved Alan Rickman played lovesick Colonel Brandon opposite Kate Winslet's Marianne Dashwood in Sense and Sensibility. As Professor Severus Snape, he loved Harry Potter's mom, Lily, beyond measure. He might have appeared as a villain at first but his true nature was revealed at the end. 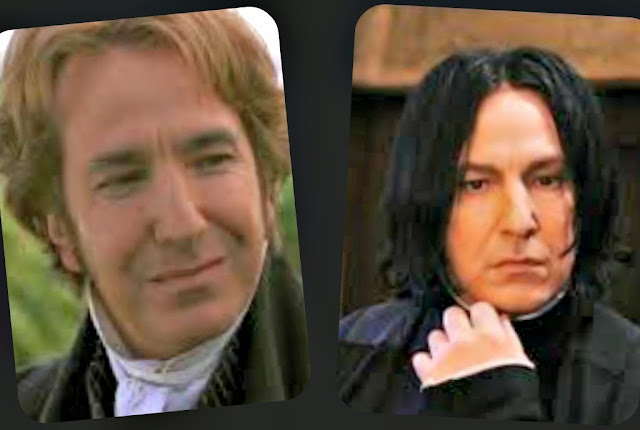 Elizabeth Spriggs as the first Fat Lady in Harry Potter and the Sorcerer's Stone. She played Mrs. Jennings in the 1995 Sense and Sensibility movie. 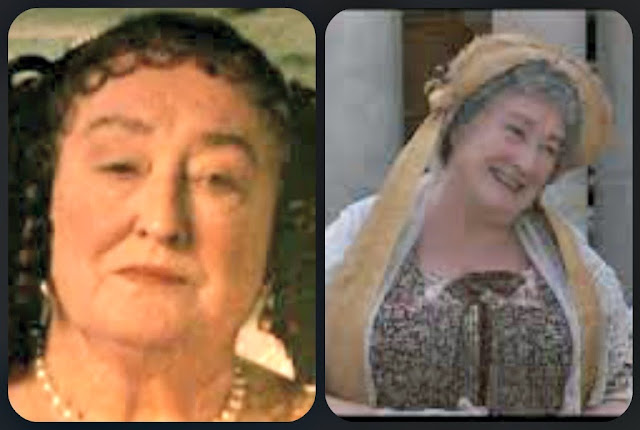 Imelda Staunton starred as Mrs. Jennings daughter, Mrs. Charlotte Palmer (whose character was married to Hugh Laurie). Who could forget her portrayal of evil Dolores Umbridge in the Harry Potter movies?! 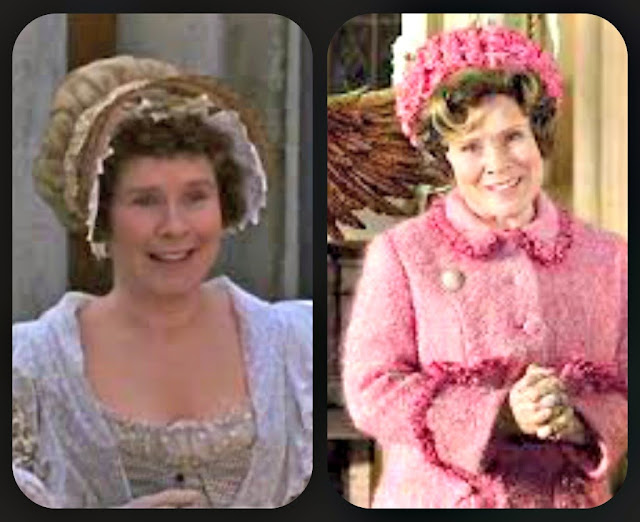 Emma Thompson won an Oscar for Best Adapted Screenplay for Sense and Sensibility but she also played Elinor Dashwood in the movie. As Professor Sybill Trelawney, she made the prediction that ultimately changed the lives of everyone associated with Harry Potter.

Juicy Tidbit: She used to be married to Kenneth Branagh who played Gilderoy Lockhart. He left her for Helena Bonham Carter who portrayed Bellatrix Lestrange. 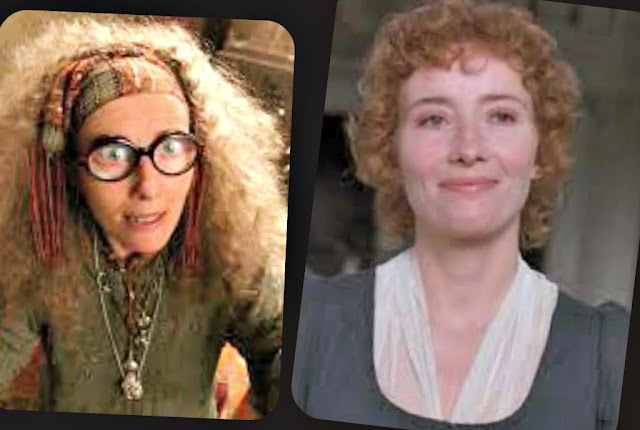 Sophie Thompson played Mafalda Hopkirk in the Harry Potter movie series. Mafalda works in the Ministry of Magic. Hermione used the Polyjuice potion on her when they infiltrated the Ministry. In the 1996 movie Emma, she played the lifelong spinster, Miss Bates. She is also the sister of Emma Thompson. 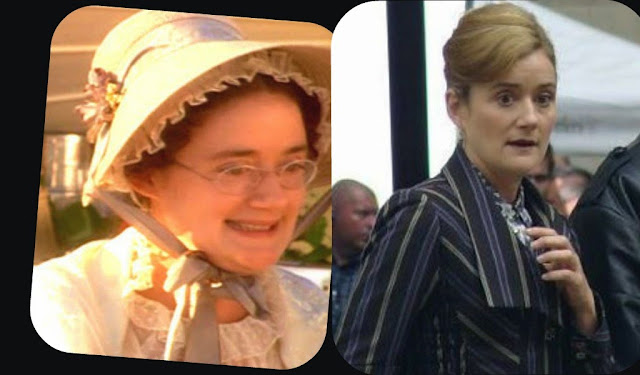 Ciaran Hinds portrayed Aberforth Dumbledore in the Harry Potter and the Deathly Hallows movies. He was Captain Frederick Wentworth in the 1995 film, Persuasion. 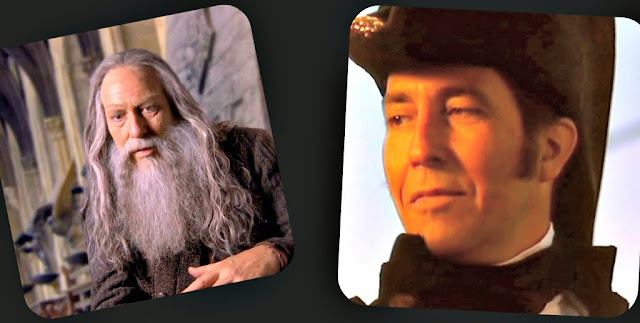 Playing Aunt Petunia Dursley in 6 of the Harry Potter movies, Fiona Shaw became a household name. In the 1995 version of Persuasion, she was Mrs. Croft. 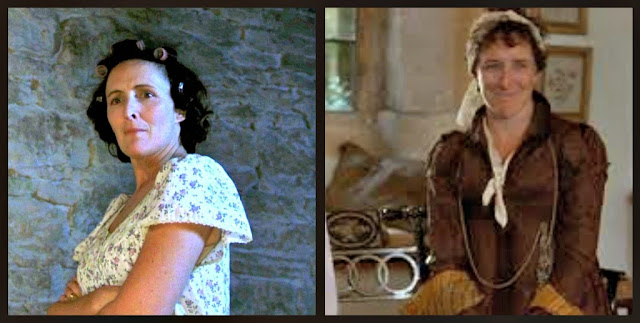