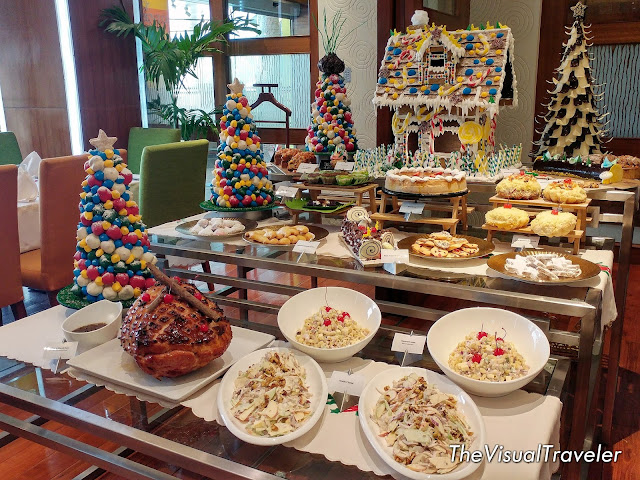 Christmas season is the most celebrated Holiday around the world. The food prepared and served during this time brings people together.

In certain countries, there are traditional Christmas dishes that we share with each other. Families even create their own and adapt other customs. What's important are the memories that we have when we have that slice of sweet cake or a forkful of that savory meat.

I had a chance to experience a Food bonanza when I was invited to sample some of Cafe Marco's Holiday offerings. The signature restaurant of Marco Polo Plaza Cebu will be relegating patrons and guests with their delightful  rendition of classic Christmas food from around the world from December 16th to 30th.

I've listed here my top 10 food and drink choices. By the end of the special feast, I had to loosen a belt notch or two. 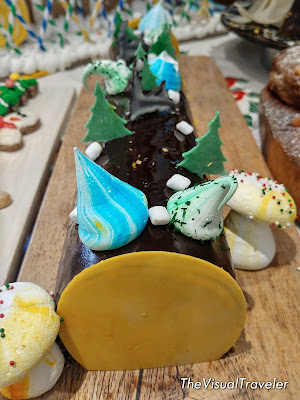 Also known as a Yule Log or bûche de Noël, there are two flavors to choose from, Black Forest and Chocolate. The Yule Log is popular in Belgium, France, Switzerland, Quebec, and other former French colonies.

It's a sponge cake that's made to look like a log complete.with mushrooms, twigs, leaves, and other cake decoration. 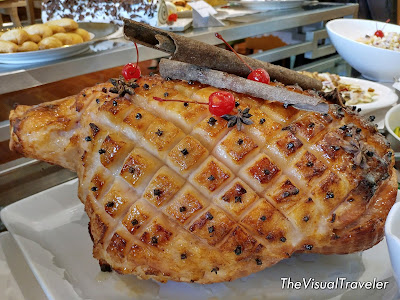 In the Philippines, we have two traditional ways of serving ham on the Christmas table. The Chinese-cured ham which is salty and a little drier or the Glazed ham which we inherited from either the Americans or the Spaniards.

Cafe Marco's version is the Glazed ham which is sweeter and juicier. You can order a leg of their Christmas ham. They slow-roast it for about 4 hours. 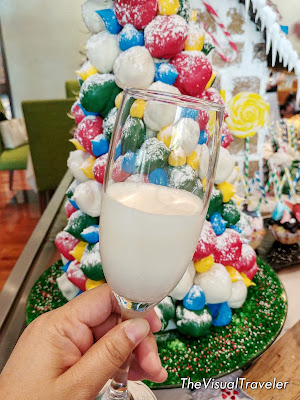 For those who are curious, nog means strong ale. In the United Kingdom, this Holiday drink is also called Eggflip of Posset. 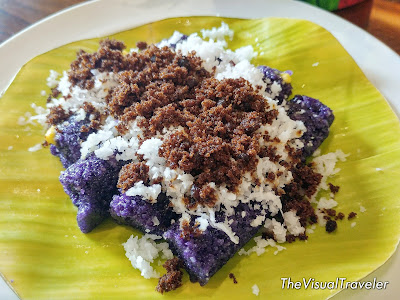 Ah, Christmas in the Philippines is not complete for Catholics without attending the Nine "Simbang Gabi" or Dawn Masses. And an added attraction for waking up in the middle of the night, are the Puto Bumbong carts that fill the streets outside the churches.

Sticky purple rice or pirurutung is steamed inside cylindrical tubes made from bamboo. Nowadays, the tubes are made of sterner stuff.

When the rice cake is ready, they're placed on banana leaves covered in margarine and topped with grated coconut and muscovado sugar.

It's a treat when you're living in Cebu since I don't often see this here. The Lobby Lounge of Marco Polo serves this nostalgic kakanin from 10AM to 6PM. 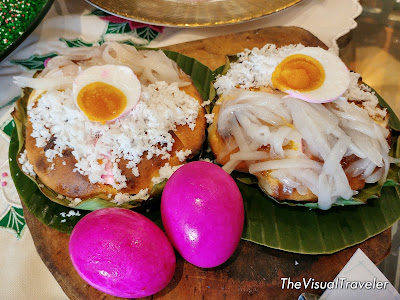 This glutinous rice cake resembles a chiffon cake in its texture. It's baked in an oven that's designed for it.

The itlog na maalat or salted egg and grated cheese balances the flavor of the coconut milk and butter of the bibingka. 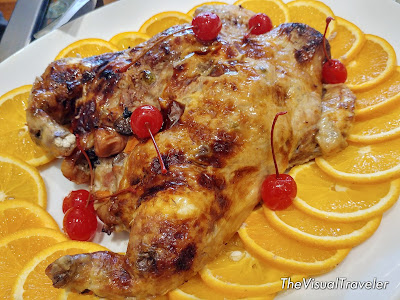 Boneless stuffed chicken is a staple of Filipino homes during Noche Buena. Stuffing could be made of ground meat, raisins, ham, chorizo de bilbao, bread crumbs and other yummy delights. 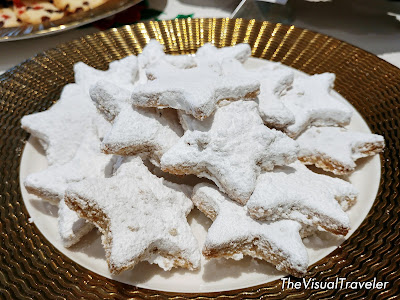 I love dusting off the white sugar from my clothes while chewing on these cookies. I also enjoy feeling the different shapes of these crumbly biscuits. 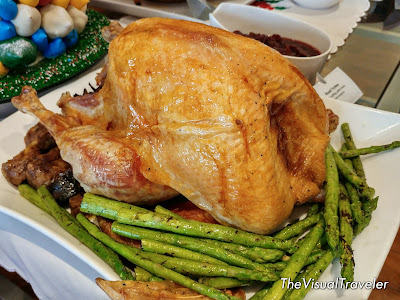 Roasting a turkey is a tedious but rewarding process. When cooked right, the meat is succulent and moist. The baked bird goes well with mashed potato and gravy. Others prefer cranberry sauce. 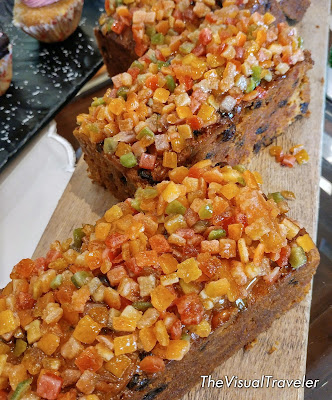 The origin of the fruit cake can be traced to the Roman times. Depending on the country, the various fruits and nuts added to the cake mixture differs. A splash of rum or brandy helps in preserving the fruit cake. 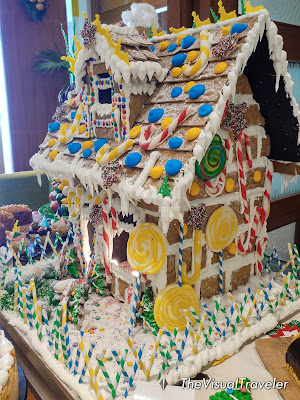 It takes a village to eat a gingerbread house with all the chocolates, biscuits, cookies, icing, and candies its made of.

Christmas food is meant to be shared with loved ones. Celebrating creates wonderful memories.