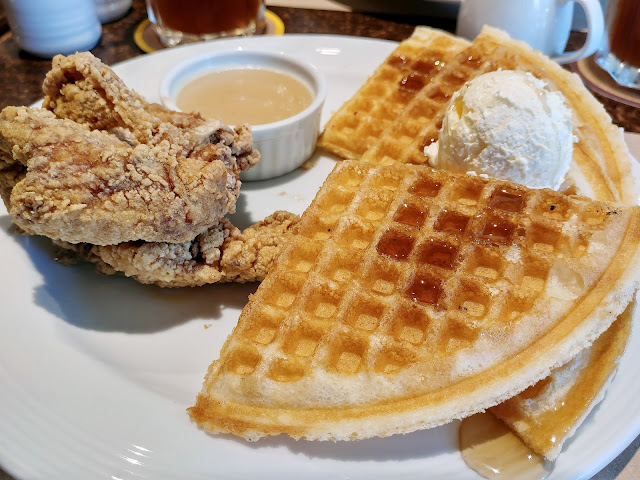 Chicken and waffles might not seem to be your typical Filipino cure for a hangover. But you have to remember that for the first forty-one years of the 20th Century we were an American Colony.

We developed the taste for Coca-cola, ice cream, hamburgers, hotdogs, and milkshakes. Filipino youths learned how to play baseball, softball, and basketball.

Our grandparents or great-grandparents enjoyed dancing the Charleston, the Peabody, and Turkey Trot. They listened to big band music, swing music, and jazz.

Speaking of jazz, the combination of fried chicken and waffles gained traction during the 1930s in Harlem, New York. Musicians coming off work at the wee hours of the Morning from jazz clubs and speakeasies would look for meals that can be both dinner and breakfast.

Because of the popularity of this version, it became a symbol of Southern comfort food.

Sweet and savory go well together. The chicken has to be well-seasoned, crunchy, and juicy. The waffles should be light and fluffy.

When I first moved to Cebu a decade ago, there weren't a lot of food establishment that opened late at night except for the Silogan places and one or two Pocherohan.

Almost everyone had experienced an all-nighter whether it was because of work, studying, partying or binge-watching your favorite Netflix show.

We had those moments of choosing between going to bed directly or having a meal --- for me, it's a no-brainer, food trumps everything.

For Filipinos who have a hangover, a steamy bowl of Pochero or Mami (Chinese noodle soup) works wonders. Even a plateful of Tapsilog fulfills your late night cravings.

For the past few weeks, I've been to three restaurants in Cebu where I ordered their versions of the chicken and waffle dish. 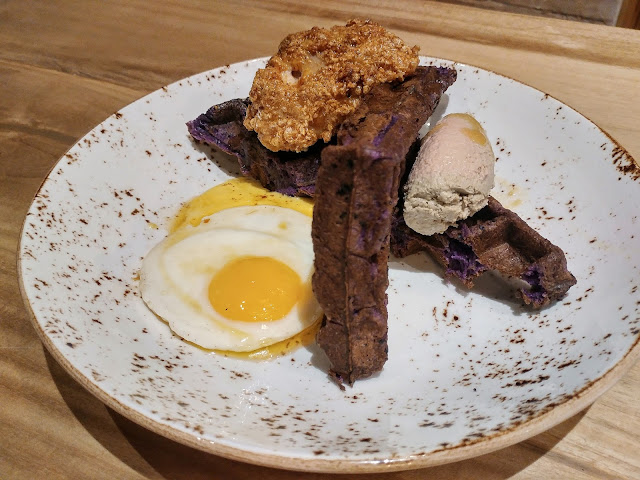 I can only describe this meal as decadent. It's the priciest among the list.

Bicester Cafe
Their version has fried chicken but instead of maple syrup, they use thick and meaty gravy. It's a tweak to the recipe of the Pennsylvania Dutch chicken and waffle. 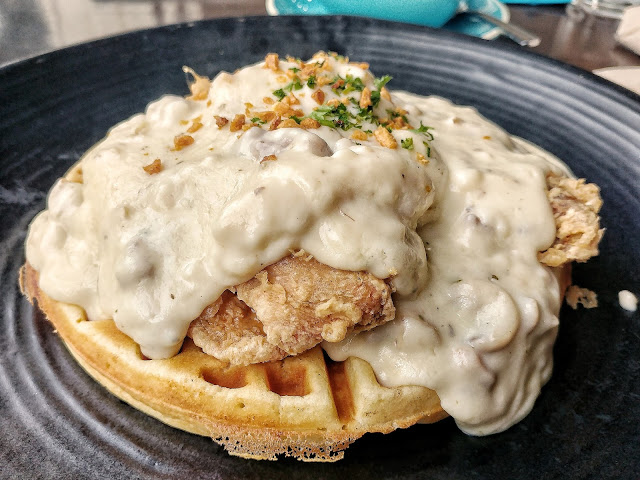 The dish is flavorful but because the gravy is already poured on top of the waffle when served, the waffle tends to become soggy.

Pancake House
Not to be biased but I love Pancake House's traditional chicken and waffles. Their pan-fried chicken is the best. It has a hint of citrus and buttermilk. Their waffle is crisp and light. A dollop of cream and maple syrup adds to the food experience. 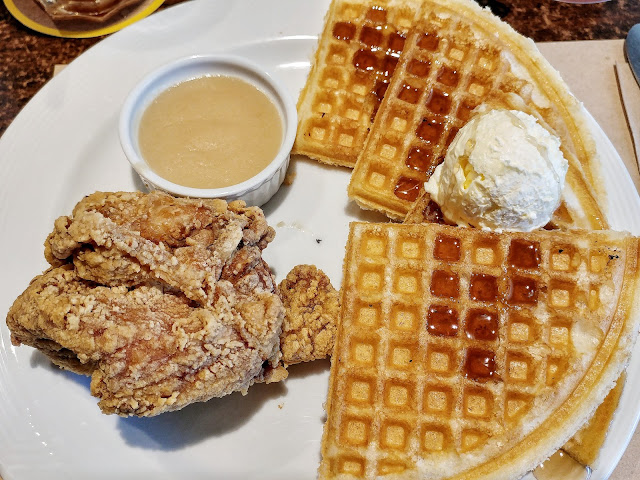 It's great that here in Cebu, these types of food are becoming more available and accessible.

It is high time for our taste buds to be more adventurous.