Poetry At The Park: Invictus by William Ernest Henley 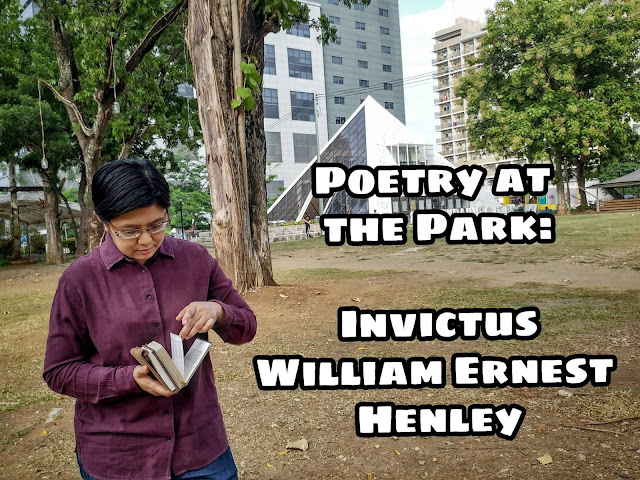 When Nelson Mandela was imprisoned in Robben Island prison for 27 years, he recited William Ernest Henley's poem, Invictus, to the other inmates. The poem helped him survive being incarcerated with its message of hope, self-mastery, unbroken, and undefeated.

Henley wrote the poem in 1875 while convalescing in a hospital due to his tuberculosis. He was a prolific writer, editor, and poet. He was friends with Robert Louis Stevenson who based his character Captain Long John Silver from Treasure Island on Henley. Victorian Literature of the 19th century produced enduring works that even in the 21st century are gaining followers and fans.

In this episode of my vlog series, Poetry at the Park, I recited the Invictus which is one of my best-loved poems. We recorded the video in the Garden Bloc section of Cebu IT Park.