And the Oscar goes to Leonardo DiCaprio 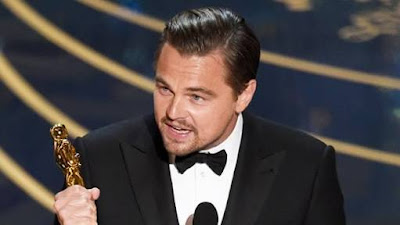 "Making The Revenant was about man's connection to the natural world. We felt in 2015 it was the hottest year on the planet. Climate change is real, it's happening right now, it's the most urgent threat affecting our entire species, we need to work right now and stop procrastinating."

And the Oscar goes to...Leonardo DiCaprio!

The long wait is over for Leonardo DiCaprio. He has won the Academy Award for Best Actor for his role as Hugh Glass in The Revenant.

It has been a complete sweep for Leo. From the Golden Globe Awards to SAG to Critic's Choice and finally, the Oscar.

Leo has been consistent in all of his acceptance speeches. He talks about the Environment, Climate Change, the Indigenous people...All of which are his advocacies.