Posted by Margaux Camaya, The Visual Traveler March 22, 2017
In a tweet that was heard around the Twitter world, "Riverdale" actor, Cole Sprouse expressed his dismay on being on the cover of a Filipino romance pocketbook without him knowing. 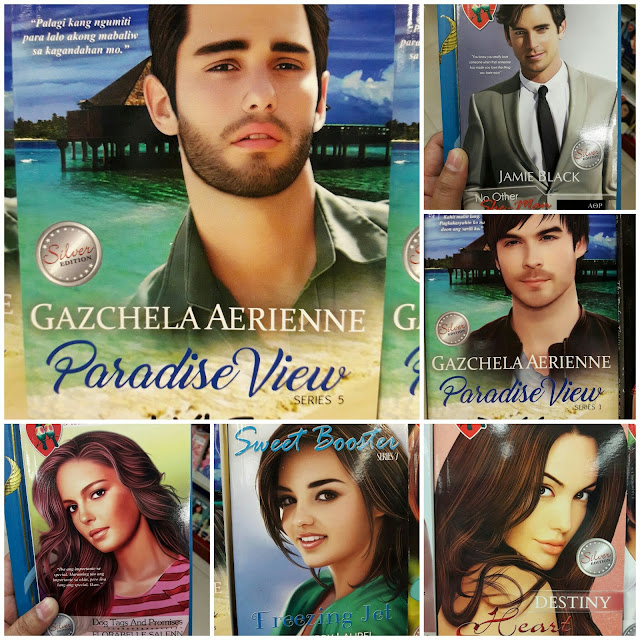 If you're familiar with the Publisher of these books, you all know that this is something that they frequently do. Their novels are popular with the reading public. They actually used to have a TV series based on their published works.


I went to one of our local bookstores and checked their inventory of Pinoy Romance books. I wanted to see if I could find other Hollywood celebrities on book covers and it didn't take me more than a minute to find six more celebrities.

The former star of "Grey's Anatomy" is featured on the cover of "Dog Tags and Promises".

With his smouldering look, you can quite understand why Ian played a convincing vampire in "The Vampire Diaries".  But in the Paradise View series, he is "Rocco, the serious type".

In the continuing saga of Paradise View, he is "Kyle, the dangerous type".

The Pop star and former girlfriend of Justin Bieber is on the cover of the weirdly titled book, "Freezing Jet."

I'm not sure if there is a deeper meaning in making Matt Bomer the cover boy of the book, " No other She-Man".

Matt, who starred in "White Collar", "The Normal Heart", and "Magic Mike", has publicly acknowledged that he's gay.

Have you recognized other celebrities on Pinoy romance novels? Please comment below.
books