Posted by Margaux Camaya, The Visual Traveler March 26, 2017
What valuable object is Crown Regency Hotel hiding in plain sight? And what does it have to do with Jose Rizal?

One Saturday morning, I embarked on a quest to search for a nugget but I ended up with a treasure instead.

And this is how it all went down...

Crown Regency Hotels and Towers Fuente Cebu is more known for their Sky Experience Adventures like the Edge Coaster and Skywalk. It's also the tallest building outside of Metro Manila.


Over the years, I have been to Crown Regency several times. It's one of the busiest hotel lobbies I've seen in Cebu. I've passed through this lobby each and every time but it was only today that I discovered the greatest hidden gem of the hotel. And it happened in the most unexpected way.

I had an appointment in Crown Regency on that Saturday morning and after an hour or so, I was about to leave the hotel when I decided to go around the lobby. I was surveying the place, looking for something interesting to write about when an antique-looking table that was in one corner of the room caught my attention. 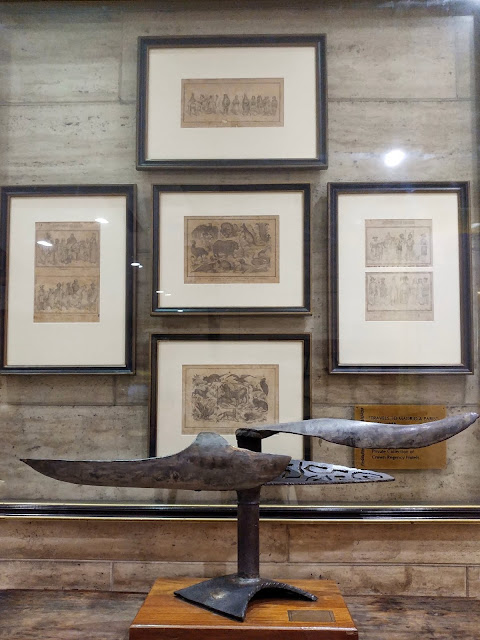 Lately, I've been reading about heritage furniture and each time I come across vintage collectibles I would study it.


As I was examining the cabinet closely, l saw a brass plaque just above it. What I read on the marker almost gave me a heart attack, "Pencil on Paper by Dr. Jose P. Rizal".

I felt like Howard Carter when he first opened Tutankhamen's tomb. I hovered near the display for a significant number of time. I actually had the feeling that the Hotel Security wanted to approach me and ask what I was doing.

At first, my mind could not comprehend what I was reading. I glanced up towards the wall and I could not believe my eyes. There were 5 sets of framed drawings hanging on the wall. According to the plaque, these drawings by Rizal were made between 1886 to 1888 whilst traveling to Madrid and Paris.

You could not imagine the significance of this find to me. It was like unwrapping gifts on Christmas morning. I'm an avid Rizalian. He is one of my favorite historical figures.

So many questions went through my mind: How did these drawings ended up on display in a Crown Regency hotel?; Are there more of Rizal's sketches in their collection?; Are these drawings part of a series?; Is there a way for me to get up close and personal with the said drawings?

It was hard to study the drawings because of how it was displayed. And since it was drawn using pencil as a medium, the details of the drawings (it appears to be fading) were a challenge to decipher. But each of the drawings were signed and dated by Rizal. The inscriptions were also written by him.

My photos of the sketches are not too clear because of the height of the display plus I was just using my phone when I took the photographs. By looking at the pictures and the description on them, I was able to figure out what the drawings were all about. It shows Rizal's interests in natural science and ethnology (the study of the different characteristics and relationships of various peoples).

Two of the drawings depicted the fauna of the different continents. I was able to recognize a pelican, an eagle, a stork, a kangaroo, a wild cat, just to name a few of the animals drawn. 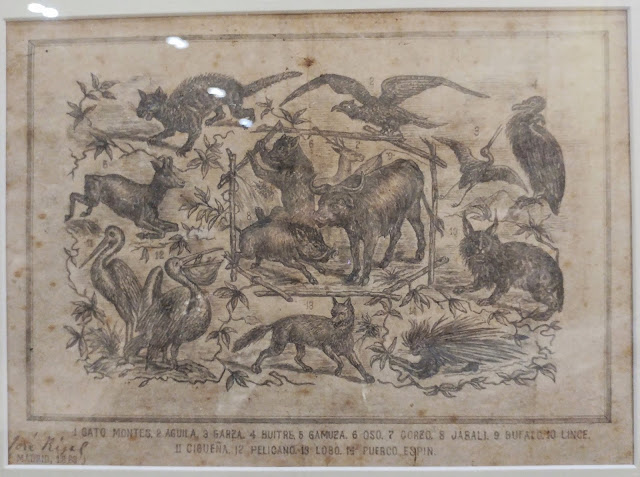 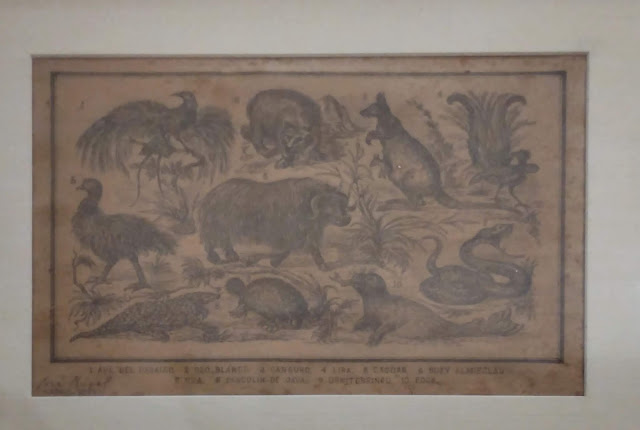 The other 3 drawings were about culture and society. Groups of ethnic tribes from Oceania and Africa were rendered beautifully by Rizal. The people were in their natural costumes; some were holding items or sketched riding domesticated animals like a horse or camel.


Reading through Rizal's travels, the only time he set foot in Africa was when he was quarantined passing through the Suez Canal enroute to Spain. Rizal wasn't able to travel to Australia or any of the Micronesian islands. But maybe this didn't stop him from doing his research and studies.

Dr. Jose P. Rizal was truly a Renaissance Man. We are fortunate to see how talented he was through his artistic works. Majority of which are in private collections and not shared to the public. If it weren't for that nagging feeling I had, I wouldn't be able to find this collection. We would remain oblivious of the matter.

I encourage you to visit Crown Regency hotel's lobby to view the collection and appreciate the value of this treasure. But I also hope that the hotel would also give the collection the prominence it deserves. A new and strategic location would be more advantageous. As it is, people take it for granted.

And if you do come across Rizal's drawings, please take clearer and better photos.

For those who are curious and would like to see the collection, Crown Regency Hotel and Towers Fuente is at Osmeña boulevard, Cebu City. The hotel lobby is located in Tower 1.

Wanna find out about the Secrets of Jose Rizal's Noli Me Tangere? Read here.