Posted by Margaux Camaya, The Visual Traveler May 26, 2017 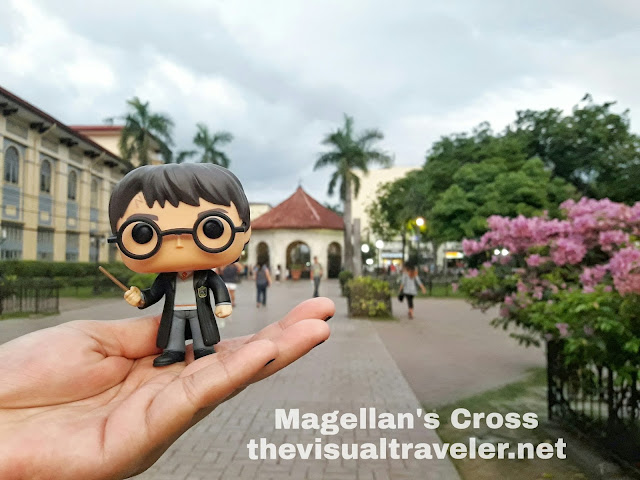 The month of May has been declared as Philippine Heritage Month. And what better way to celebrate this is by having my favorite Harry Potter Funko Pop visit 11 Cebu Heritage sites.

One Sunday afternoon, I decided to spend it by going around the city of Cebu bringing with me one of my Funko Pop figurines. I wanted to highlight the various historical sites found in downtown Cebu. I wasn't able to cover all the places that I wanted to focus on since I started a bit late. Watch out for a second edition.
Most of the places that I took photos of are located in the Parian District of Cebu City. During the Spanish Colonial period, Chinese merchants, traders, and their families were segregated to areas known as Parian. In Cebu City, the Parian District was founded in 1590 and was placed under the supervision of the Jesuits.

In Cebu, every last Friday of May has been earmarked as Gabii sa Kabilin or Night of Heritage. From 6 PM to 12 AM, people are encouraged to visit participating museums, monuments, and historical sites found in the province. I was able to join last year's Gabii sa Kabilin and it was a new experience for me.

Thankfully, museum entrances in Cebu are either free or if they do charge, it's just a minimal fee.

Without further ado, I present to you my Harry Potter Funko Pop figurine and his adventures in Downtown Cebu.

The Basilica was founded in 1565 by Fray Andres Urdaneta O.S.A and Fray Diego de Herrera O.S.A. The Augustinian Friars were part of the expedition of Miguel Lopez de Legazpi.

It is the oldest Roman Catholic church but the present structure was completed in 1740. The Basilica is an example of an earthquake baroque style that was prevalent during the Spanish Colonial Period.

The Basilica also houses the miraculous statue of the Child Jesus which is believed to be brought by the Magellan Expedition in 1521. The church's foundation was built on top of where the Santo Nino was found buried by soldiers of the Legazpi Expedition. 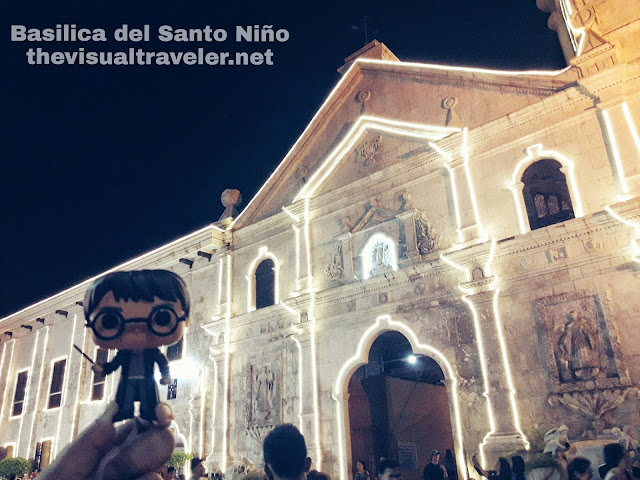 The original church was built near Fort San Pedro by the Legazpi expedition.

Most of the current structure was destroyed during World War II. What remains of the old chruch is the belfry, facade, and the walls. 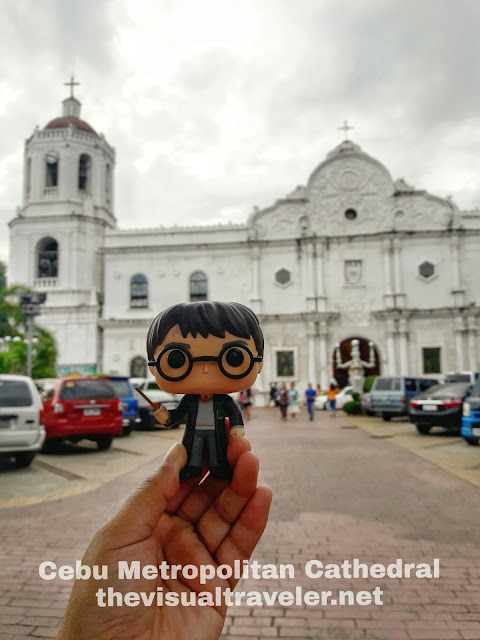 The archdiocesan is an example of a "Bahay na Bato" or Stone House which was popular during the Colonial Period. It survived World War II. It has been a convent, a school (University of San Carlos), and now it has become a museum. 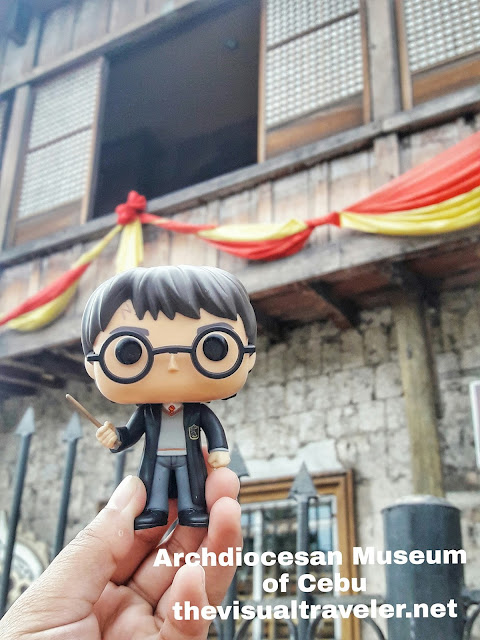 The monument was created in honor of Cristoforo Colon or Christopher Columbus. Colon is the oldest street in the Philippines. It can trace its origins from the original town plan of Miguel Lopez de Legazpi in the 1560s. 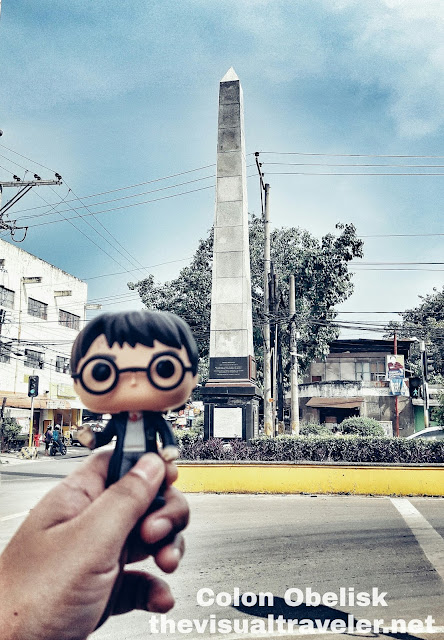 Built in the 1850s, the original owners of this Bahay na Bato (Stone House) were the Chinese merchant family, the Gorordos. The first Cebuano Bishop, Juan Gorordo grew up in the house.

In the 1980's the house was bought by the Aboitiz Foundation. It is now a museum with a gift shop as well as a Cafe. 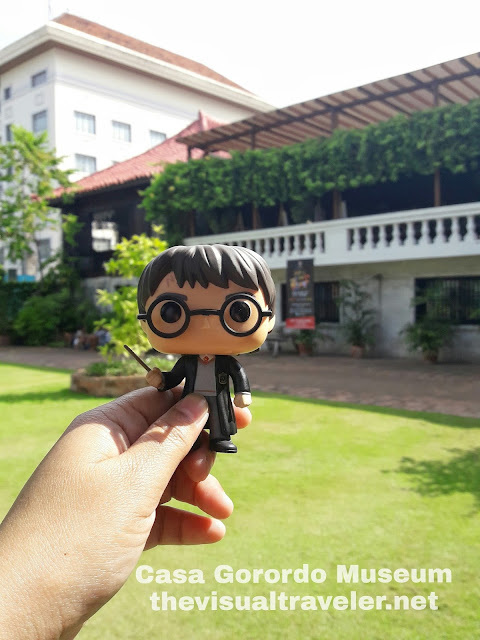 The Jesuit House is the oldest dated house in Cebu. The house transferred ownership several times and at one point it was a venue of a Social Club.

It is now a museum and has a newly-opened Study center. 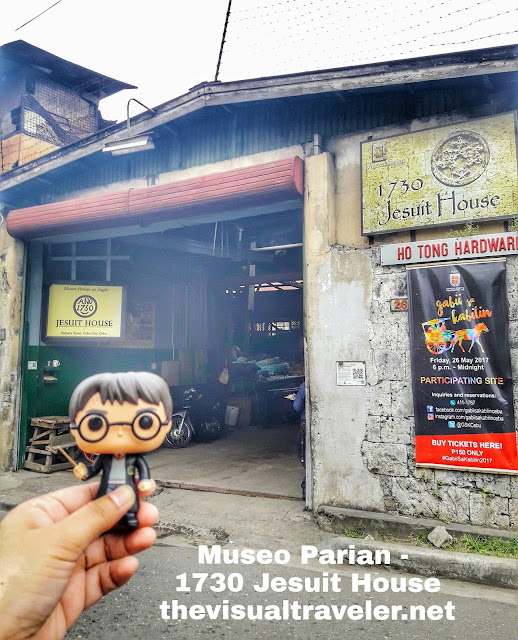 The monument showcases the history and culture of Cebu that spans over 400 years. The massive tableau was sculpted by Eduardo Castrillo and completed in 1995. 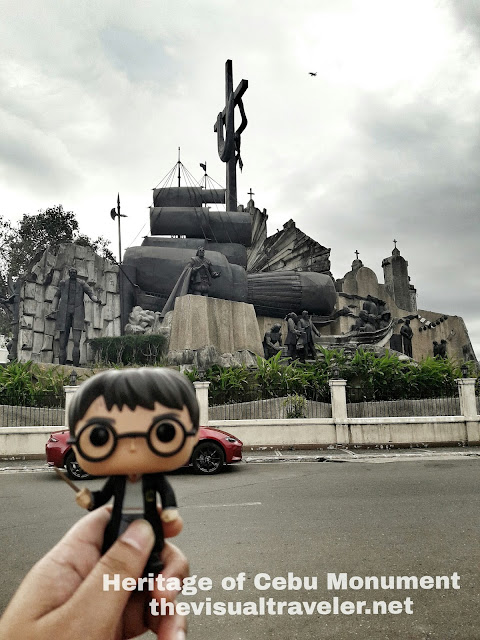 This used to be the site of the San Juan Bautista del Parian Convent which was considered the Parish Church of the Parian area. The convent was demolished upon the order of the Cebu Diocese in the early 1800s. 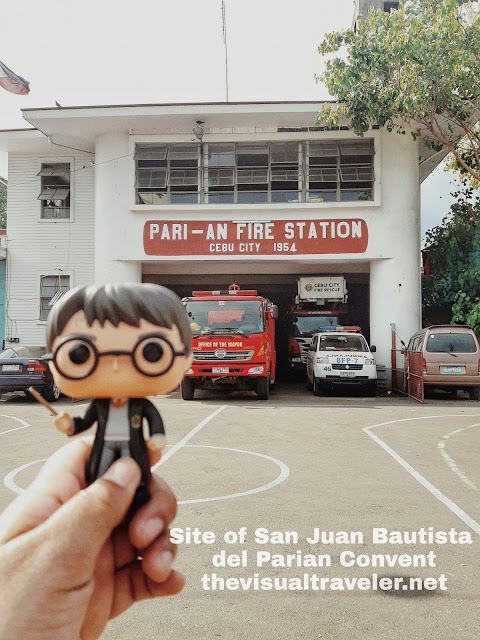 
The Yap - Sandiego house is one of the oldest wooden houses in the Philippines. It is one of the colonial houses that still exist in the Parian district. The family who owns the house can trace their origins from Chinese merchants. The house is now open to the public as a museum. 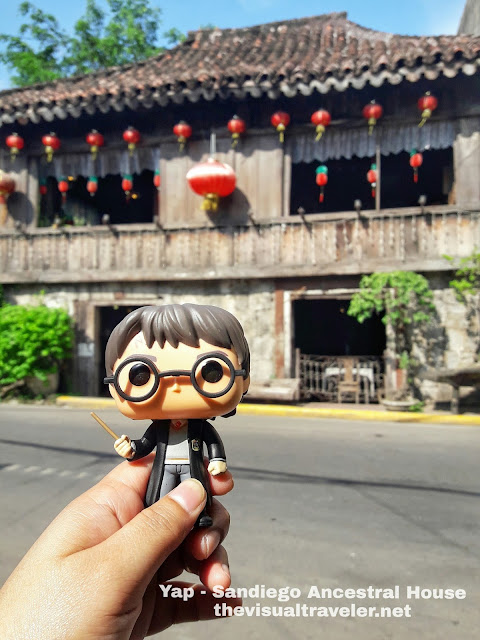 USJR or University of San Jose - Recoletos is among the oldest schools in the country. It was founded in the 17th Century. 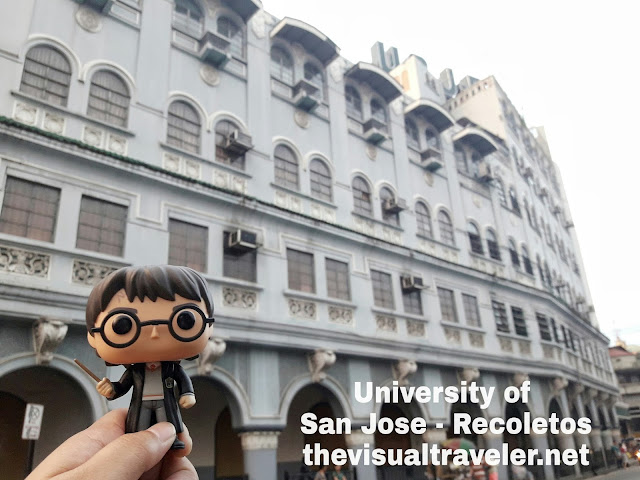 If you're Cebuano, have you been to these places?

For those who are planning a trip to Cebu, include these sites to your itinerary.
cebu Funko Pop History Hobbies travel