My fascination with Royalty started when I picked up a book about a Parliamentarian. I was about seven or eight years old when this happened.

During my childhood, there were a couple of summers when I stayed over with my godmother. She had a huge collection of children's books published by Ladybird.

On a particular hot day, I randomly chose an edition that featured Oliver Cromwell  who became Lord Protector of England after cutting-off the head of King Charles I. I grew curious about this period in English History and started reading about the cast of characters involved.


Eventually, the seed that was planted by that Cromwell bio grew into a love for British History particularly the Monarchy.

Unfortunately, most of the books that I will be recommending are not readily available in any of our local bookstores. I've bought my digital copies through online stores like Amazon.

There were even books that I got by browsing through the discount bins in Booksale.

The seven nonfiction books listed here span more than 800 hundred years of British Royalty. From the Plantagenets to the Hanoverians to the Windsors.

It's just a coincidence that while I'm writing this piece I was watching the second season of the Netflix's series The Crown.

1. Kings & Queens of England and Scotland 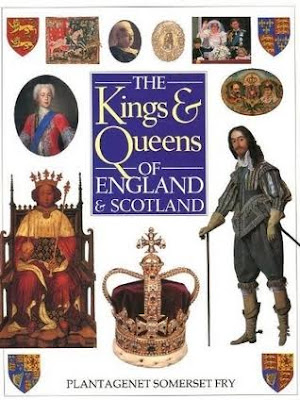 This definitive guide prepared by Plantagenet Somerset Fry helps in understanding the intricate family tree of the British Royals. It traces the lineage of the throne from Ecgberht, the first King of England, to Elizabeth II, the reigning monarch.

I have two different editions of this book and both were brought from Book Sale. One version was a concise edition while the other one is the expanded copy.

The book is an excellent introduction to the British Monarchy.

2. The Plantagenets: The Warrior Kings and Queens Who Made England 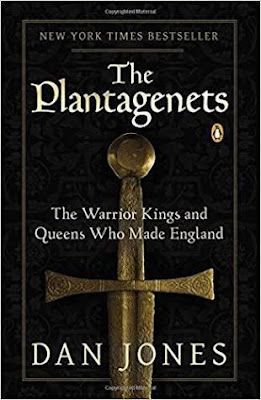 The House of Plantagenet officially ruled England from 1154 to 1399, but due to internal family squabbles it broke into two cadet branches by the 15th Century. The Plantagenet dynasty produced fourteen kings.

The Plantagenets are the foundation of British Monarchy. They've enacted laws and policies still in effect even today.

This book by Dan Jones is a highly-accurate and entertaining piece of historical biography.

3. The Wars of the Roses: The Fall of the Plantagenets and the Rise of the Tudors 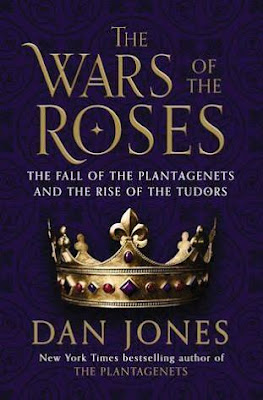 Considered a sequel to his The Plantagenets, Dan Jones wrote the continuing saga of the English Monarchs in The Wars of the Roses (The Hollow Crown in the UK edition).

This significant chapter in English history partially inspired the popular book and TV series, Game of Thrones (I wrote a post about the similarities).

After King Richard II was deposed by his cousin, Henry IV, the House of Lancaster was born. 62 years later, another branch of the Plantagenet family became rulers, the House of York.

By 1485, the civil war that ensued for almost a hundred years ended when Henry VII became king. Thus, the union of Houses Lancaster and York produced the House of Tudor. 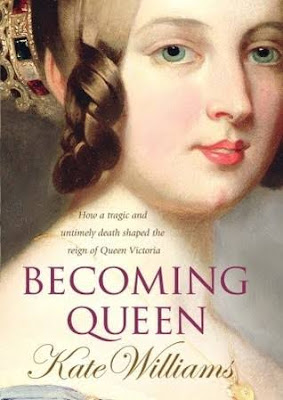 One of the books used as a basis for the ITV and PBS series Victoria; this biography written by Kate Williams covers not just Queen Victoria but also the short life of Princess Charlotte of Wales.

One of the what-ifs in British History. Princess Charlotte was second in line to the throne after his father, Prince George of Wales (eventually becoming George IV) when she died in 1817 while giving birth to a stillborn child.

Her death sparked a race among her aging uncles to produce the next heir to the throne. Her uncle, Prince Edward Duke of Kent and Strathearn married Victoria of Saxe-Coburg and Saalfeld (the duchy became Saxe-Coburg and Gotha in 1826), the widowed sister of Princess Charlotte's husband, Leopold. Their union produced Victoria, the future queen.

When it was Queen Victoria's turn to marry in 1839, she chose her first cousin, Albert, the nephew of her mother and Uncle Leopold.
The House of Hanover, in which Victoria belonged to, had strong ties to their German roots and it manifested in their marriage choices.

Whether it was Charlotte or Victoria who inherited the throne, the name Saxe-Coburg and Gotha would have prevailed.

5. The Heir Apparent: The Life of Edward VII, the Playboy Prince 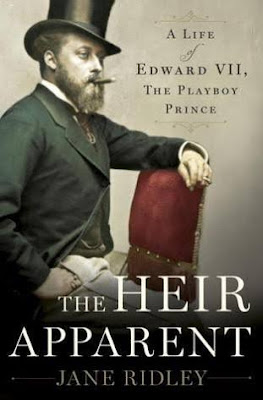 Historian Jane Ridley's biography of Edward VII vindicates the Playboy Prince. Who knew that he would play an influential role in the British Government during his short reign?

You can't help but feel sorry for him in having an overbearing and jealous mother like Queen Victoria! Edward VII waited for 59 years before becoming king.


King Edward VII was known for his hedonistic lifestyle as well as sartorial style. He even sent his tailors to Tsar Nicholas II!

For monarchists, this book is a must read. If you're still not convinced, I wrote a book review about this biography a couple of years ago. 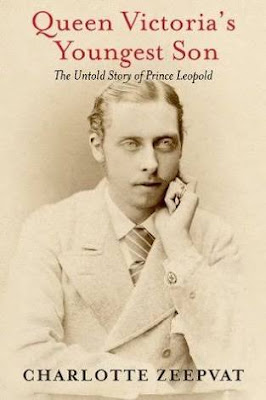 I discovered this book by accident while browsing through Kindle titles in Amazon. I think I paid between 5 to 6 dollars for a digital copy.

After reading this biography written by Charlotte Zeepvat, I developed an affinity for Queen Victoria's youngest son, Prince Leopold Duke of Albany. When he was born, the Queen was the first monarch to use anesthesia, a new medical breakthrough at that time.

But just a few days later after his birth, they found out that he suffered from Hemophilia, the dreaded disease that would plague the descendants of Queen Victoria.

He was the only one among his brothers to suffer from this illness. He would pass on the gene to his daughter, Princess Alice of Albany whose son, Rupert, suffered from hemophilia.

The book covers his struggles and triumps over hemophilia. How he was able to live a normal life inspite of it. Eventually, he would succumbed to it. 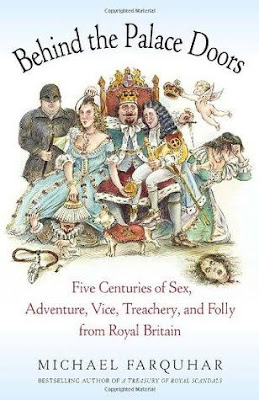 I've immensely enjoyed the writing of Michael Farquhar that I've started collecting his books. He has a humorous and gossipy way of laying out historical facts. But it doesn't compromise the accuracy of the information provided.

Behind the Palace Doors starts from the House of Tudor and ends with the House of Windsor. Sensational stories about the Royals are retold in a manner that will pique one's interest.

If you're a Royal fan, you'll be familiar with the comings and goings of the prominent individuals involved. If you're lucky to get hold of a copy, it's worth the read.