The Ancient Name of Mariveles Was Camaya

When people learn what my last name is, they always ask if my family owns the Camaya Coast Resort in Bataan. Unfortunately, we only share the name. I wish that we did own it, walking on the beach and lounging on a hammock sounds relaxing. The resort is located in Mariveles which still has a barangay called Camaya.

In pre-colonial Philippines, Mariveles in Bataan was known as Camaya (originally spelled as Kamaya). When the Franciscans settled in 1578, it became a pueblo. During the golden years of the Manila-Acapulco Galleon trade, it was a thriving harbour as it became the first and last stops for ships entering and exiting the Philippines through Manila Bay.

Because of it's proximity to Corregidor island, the coastal shore of Mariveles was part of the defensive strategy forged by the Spaniards against invading armies. The Americans followed suit in the early 20th Century. When the Philippine-American forces stationed in Corregidor surrendered to the Japanese, Mariveles was the starting point of the Bataan Death March in 1942.

Coincidentally, one of my University friends who hails from Bataan actually lived on Camaya Street. Upon learning this, it made me curious since present-day Camayas are from Pampanga. I asked my Dad if our ancestors originally came from Bataan, he wasn't sure but he did say that some parts of Bataan do speak Kapampangan. Later on I learned that Mariveles (and other towns in Bataan) was part of Pampanga until 1754.

In some documents or maps, Camaya is spelled with a K. As most of our ancestors came from the Malay regions (Brunei, Indonesia, Singapore, and Malaysia), the name Kamaya could have been Malay in origin.

Nevertheless, there aren't a lot of Filipinos with the last name of Camaya in the Philippines and most of them live in Luzon. I'm glad that my forebears weren't tempted to change their surname to a Spanish one during the Claveria Decree of 1849. They might have been very proud of their ancient name to bother substituting it with any other.

A copy of the Catalogo Alfabetico De Apellidos is available online and we were able to find the Camaya name listed among the official surnames.
One of my Camaya cousins recently shared an article on how Mariveles got its name. The website where the post came from was created by Austrians inspired by the Ferdinand Blumentritt-Jose Rizal friendship.

Their primary source for the origin of the name Mariveles was from John Foreman's book entitled, The Philippines Islands, published in 1905. I found an electronic copy of it in Google Books.

While reading the article, it occurred to me that the story was familiar and I recalled that I've read it before. I dug up my Ambeth Ocampo books and plowed through them until I found the same narrative. I'm guessing Professor Ocampo read John Foreman's book as well.

In the early 1600s, two young people fell in love while living in Mexico. Unfortunately, the young lady, who was named Maria, was bethroned to the older brother of her paramour. Being the younger son, the young man was destined for a career in the Church. He became a Franciscan monk and was assigned in the Philippines.

A few years later, the lovers found themselves in Manila. Maria, at this time, was a nun at the Santa Clara Convent. They rekindled their romance. As what lovers often do, they eloped. Their plan was to return to Mexico.


They traveled to Camaya to catch one of the departing galleons bound for Mexico. Unfortunately, the captain decided to delay the departure of the ship.

Meanwhile in Manila, the elopement created a scandal. An alderman or alcalde de mayor was sent to look for them. Together with a group of soldiers, they searched for the star-crossed lovers until they reached Corregidor. Not finding them on the island, decided to march onwards to pueblo el Camaya. The search party found the couple wounded from an attack by a group of ruffians.

The young friar was sent to the monastery in Manila to recover. He was eventually banished to the Visayan missions. Maria Velez was shipped back to Mexico where she lived the rest of her life locked up in a convent.


The village of Camaya was named after the young lady, Maria Velez (Mariveles). The three islands that can be found near the coast of it were named Corregidor (alderman), El Fraile (the friar) and La Monja (the nun).


Thus, the origin of the name Mariveles serve as a cautionary tale of lost love. 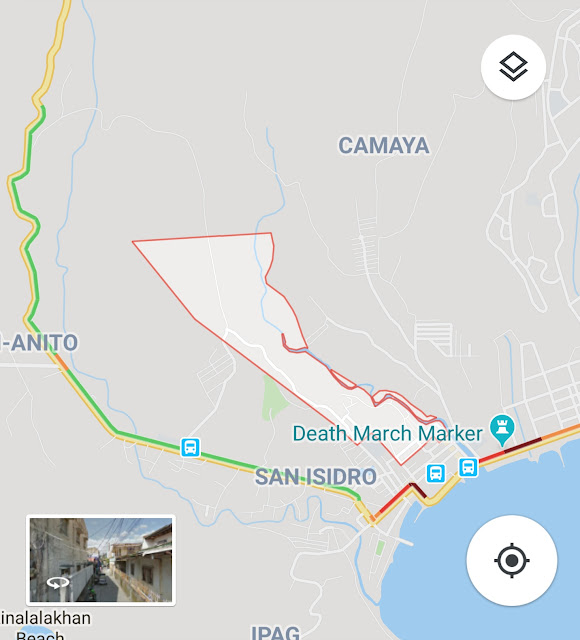