The highly successful Visayan Pop Songwriting Competition or Vispop is now back on its sixth year. After a hiatus in 2018, the songwriting contest that has promoted love for homegrown Visayan music and talent will again stage its much-anticipated event.

Remixed and remastered, Vispop 2019 will have the Finals Night on July 27, 2019, at the Oakridge Pavillion, Oakridge Business Park, Mandaue City.

Artist Ko Multipurpose Cooperative and the Sacred Heart School for Boys - Batch 1985 Foundation, Inc. (the force behind Binibining Cebu) have partnered for the first time to support this cultural endeavor.

Chart-topping hits such as Duyog by Jewel and Joe Edward Villaflores, Buwag Balik by Lourdes Maglinte, Kung Di Pa Lang Ka Buang by Chai Fonacier are just a few of the songs and songwriters that were featured in Vispop. 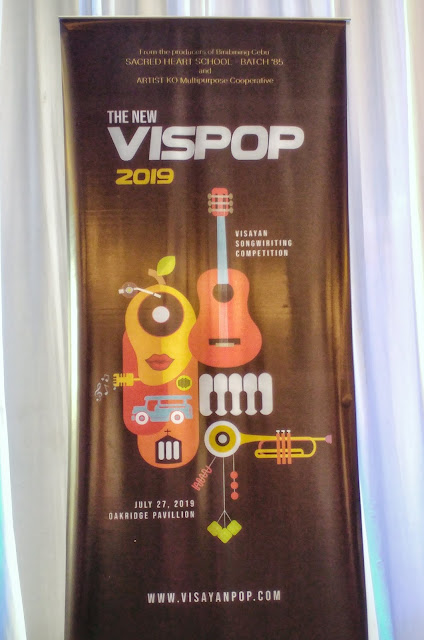 Song submissions will be accepted from March 1 to May 7, 2019. Entry details must be made through the official website of Vispop 2019 at www.visayanpop.com. For updates, follow the Vispop page on Facebook and @visayanpop on Instagram. The official hashtag is #TheNewVisayanPop.

In addition, songs that were previously entered in past Vispop competitions but did not win can be re-submitted.

From the song entries, it will be narrowed down to the top six finalists who will showcase their songs during Finals Night. Criteria for judging will include: Music (30%), Lyrics (30%) and Over-all Impact including musical treatment, commercial appeal, radio-friendliness, uniqueness and break-through qualities (40%).