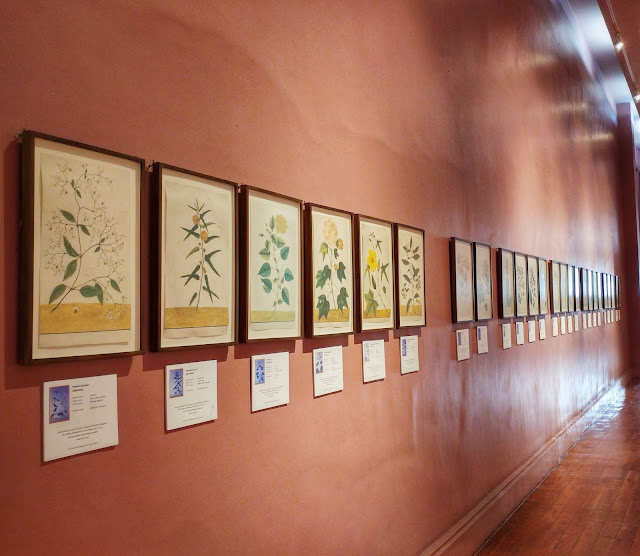 In one of the hallways of the National Museum of Fine Arts in Manila, there are 52 botanical plates displayed on its walls. These intricately painted floras de Filipinas were donated to the Philippines by Spanish King Juan Carlos I in 1995. They are official facsimile editions of the originals which can be found in Madrid. The gift was unveiled by Juan Carlos I and Queen Sofia during their visit to the Philippines in 1996.

These plates were artistically created by Filipino artisans hired by Spanish naturalist, Juan De Cuellar, during his Scientific Expedition of Luzon from 1786 to 1797.

The 52 plates are part of a collection of 81 paintings uncovered by historian Maria Belen Bañas Llanos in the depths of Archivo del Real Jardin Botanico in 1988. She was able to attribute these paintings to the De Cuellar Expedition as well as to the Filipino artists who painted them.
The Royal Patron
In 1759 when Carlos III succeeded his brother Ferdinand VI, he ushered in an age of enlightenment not only limited to Spain but also extended to his vast global territories including the Philippines. The Bourbons inherited the Spanish monarchy beginning in 1700.

He sent forth multiple scientific and commercial expeditions to harness the economic  structures that could revive the declining powers of Spain. Great Britain, the Netherlands even France were proving to be formidable rivals.

His Majesty King Carlos III even allowed the promotion of international trade with the American colonies of Great Britain.
Carlos III gave his royal patronage to the Real Sociedad Economica de las Islas Filipinas as well as the Real Compañia de Filipinas to spur major changes.
He appointed a similar forward-thinker as governor-general of the Philippines in 1778, Jose Basco y Vargas. Basco (the capital of Batanes province was named after him) issued reforms that revived economic, agricultural, and other industries in the country. Governor-General Basco was instrumental in the organization of the Sociedad Economica de Amigos del Pais in 1781. It was even during his administration that the Philippines proved that it could be profitable on its own.

Jose de Galvez, Secretary of the Indies, consulted Professor Casimiro Gomez de Ortega, head of the Real Jardin Botanico de Madrid, to seek out a naturalist who could head the  botanical and commercial expedition to the Philippines.
A Pharmacist, Botanist and Naturalist
Professor Ortega knew just a man --- Juan Jose Ruperto De Cuellar y Villanueva. Born in 1739, De Cuellar started as a pharmacist in 1860. He became a botanist in 1784 and then a full professor at the Real Sociedad Medica de Sevilla. He was named the royal naturalist by the Real Compañia with the blessing of King Carlos III.
The main task of the De Cuellar scientific expedition was to explore the commercial possibilities of the Philippines aside from the Manila-Acapulco Galleon Trade. The galleon trade only benefitted a few particularly the Spanish and merchant elites. The Philippine colony could not sustain itself without the yearly support from Nuevo España or the Mexican Viceroy.
As early as the 1600s commercial viability of the Philippines agriculture and flora landscape has been eyed by a few of the Spanish colonizers. But the lure of easy riches via the galleon trade proved to be too strong.
They were targeting to cultivate plantations of cinnamon, pepper, cotton, mulberry trees (its leaves were fodder for silkworms) which were in great demand.
De Cuellar traveled onboard the ship Aquila Imperial via the direct Cadiz-Manila route that was opened in 1765. He brought along his second wife, Maria Borbon. They traversed through Cape of Good Hope and arrived in Cavite on August 1886.
A Naturalist's Work
When De Cuellar reached Manila, he set-up a studio, a laboratory, and a botanical garden on Calle Real. He hired illustrators (Miguel de los Reyes and Jose Loden), scribes (Andres Fernandez and Apolinar Montes) and a Chinese gardener.
The Filipino artists' sketches and paintings of Philippine flora and fauna gives us a glimpse of the talent that these local artisans had. Most of the artwork featured were on laid paper, 44 x 27.5 cm in size and used materials like ink, tempera and watercolor. A legacy that has endured for centuries.
Aside from his scientific reports, seeds and specimens that he sent to Professor Ortega at the Real Jardin Botanico; he also gave, Franco Davila, the director of the Real Gabinete de Historia Natural de la Corte sea shells, minerals, and other items from the Philippines and its neighbors.
Most of De Cuellar's research focused on the island of Luzon. His first foray was into Laguna de Ba-e. During the course of his stay in the Philippines, he met with other royal scientific explorations particularly the Alejandro Malaspina Expedition in which he entrusted them with his research and samples to bring back to Madrid. By the 1790s, the Spanish government was already lukewarm to the economic ideas that the expedition presented.
Carlos III died in 1788 and his son Carlos IV became king. Basco resigned his position in 1787.
De Cuellar's official botanical expedition ended in 1797. He remained in the Philippines until his death in 1801 at the age of 62 in Vigan. He was even appointed provincial mayor in Ilocos. He got married to his third wife, Getrude Blanco Vermudez, when he was 57 years old.
The 18th century was a promising century to Colonial Philippines, unfortunately, it ended too soon.


References:
Weaving Cultures: The Invention of Colonial Art and Culture in the Philippines, 1565-1850, Rene B. Javellana, S.J.
Kasaysayan The Story of the Filipino People, The Spanish Conquest.