One of the things that I wanted to see when I visited the National Museum of the Philippines Fine Arts was Jose Rizal's Spanish copy of Thomas Kempis' widely-popular devotional and spiritual book, De la Imitacion de Cristo y Menosprecio del Mundo.

Rizal's copy was printed in Barcelona in 1895. The Christian book composed by a German monk, Kempis, is second to the Bible in terms of being translated into several different languages. The original version was written in Latin between 1418 to 1427.

What is unique about this display is that it shows the dedication that Rizal wrote for his paramour, Josephine Bracken, and that it was written on the day of his execution.

This simple handwritten message to Bracken shows how devoted Rizal was to her.

For conservation purposes, The National Museum only shows the dedication page on two occasions, Rizal's birth anniversary in June and his martyrdom on December 30th.

Two things that we know of Jose Rizal were that he was a reader and book collector. When he left Hong Kong for Manila in 1892, he left his valuable collection with his friend Jose Ma. Basa. He thought that he'll be able to send for his collection once he has settled.

After his execution in 1896, his books were the subject of a legal battle between Josephine Bracken and the Rizal family. Bracken was claiming that as the 'widow' of our National Hero, she has the right to the library and some money provided by Rizal in his will.

Unfortunately, there was no proof that they were married, nor was she mentioned in a will.

After Rizal's execution, his body was first brought to San Juan De Dios Hospital in Intramuros and later buried in an unmarked grave in Paco Cemetery.
Upon finding his burial site, his sister Narcisa bribed a gravedigger to mark the grave with the initials, R.P.J.

On August 17, 1898, when his body was exhumed, they discovered pieces of rotting paper inside his shoes. His remains were brought to their family residence in Binondo, Manila.

Could those pieces of paper contain Rizal's Last Will and Testament? Could he have left instructions to his family regarding Bracken?
Rizal did write on the eve of his execution a short love letter to Josephine. The prayer book where he wrote that message is now displayed in the National Museum of Fine Arts in Manila. In his letters to his sisters and mother, Rizal showed them how much Josephine meant to him. But all of these could not prove that they were indeed married.

Josephine Bracken even tried to include Ferdinand Blumentritt in the legal fray. She wrote Blumentrit that Rizal bequeathed his library to him. Showing considerable tact, Blumentrit did not allow himself to be dragged into the fight by not replying to Bracken's correspondence.

Jose Ma. Basa returned Rizal's book collection to the Rizal family. Alas, most of the books did not survive World War II.

Bracken was never accepted by the Rizal family. She joined the Philippine Revolution after Rizal's death.

She eventually married a Cebuano, Vicente Abad. They had a daughter but I could not trace any of their descendants.

She and her new husband settled in Cebu and opened a bicycle shop during the American Colonial Period.

Bracken was rumored to have offered English tutorial services to wealthy Cebuanos and that one of her students was Sergio Osmeña who would become a prominent politician and Philippine President in 1944.

She would separate from her husband and return to Hong Kong where she died of tuberculosis in 1902. 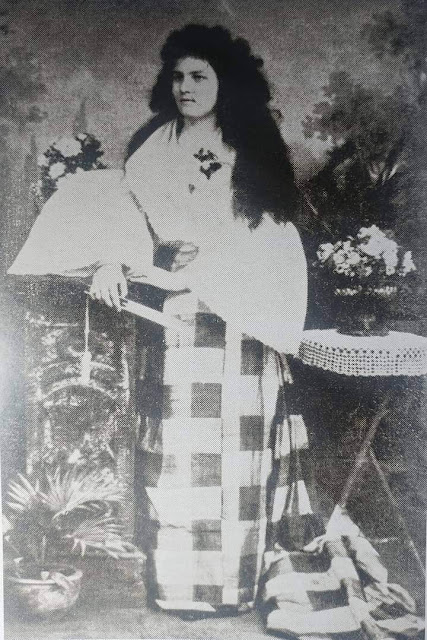 You might enjoy these other articles about Jose Rizal:
How Jose Rizal Honored the Martyred GomBurZa Priests
El Filibusterismo: The Death of Maria Clara De Los Santos
The Secrets of Jose Rizal's Noli Me Tangere
The Visual Noli Me Tangere: 28 Paintings at the National Museum of Fine Arts
Jose Rizal and Cockfighting in Spanish Philippines
History Philippines Rizal