9 Facts You Need to Know about President Sergio Osmeña

Posted by Margaux Camaya, The Visual Traveler September 09, 2017
The 9th of September, since 1990, has been a day dedicated to the fourth President of the Philippines, Sergio Osmeña Sr.

President Osmeña is one of our underrated Founding Fathers. His popularity and part in Philippine Politics have been overshadowed by more charismatic personalities.

There's more about Sergio Osmeña Sr. that's part of our History. To celebrate Osmeña Day, we came up with some interesting things about him.

Here are 9 facts that you probably didn't know about him.

1. He was born illegitimate

Sergio Osmeña's mother, Juana Sunico Osmeña, came from a wealthy Cebuano family with Chinese heritage. Don Sergio's grandfather was Severino Osmeña who owned vast tracts of land and was a prominent merchant in Cebu's Parian district. Don Severino's second marriage to Paula Suico produced two daughters, Juana and Filomena. When he died, his second family did not sufficiently inherit from his wealth. Thus, Doña Paula ran a gambling house catering to the wealthy Cebuanos. This is where Don Sergio was raised by his mother. His mother also operated a small bakery and sweet shop.

The identity of his father is a well-kept secret. Born in 1878, the circumstances of his birth could have marked him for life. Coming from a supportive family, he was able to succeed and his legacy continues up to this day.

His student life started in Colegio de San Carlos in Cebu. He then transferred to Manila and attended the University of Santo Tomas for his Law degree. He met his lifelong friend and political adversary, Manuel Luis Quezon when he was a Law student. He was also friends with Vicente Madrigal and Juan Sumulong. Emilio Jacinto (Andres Bonifacio's trusted advisor in the Katipunan) was also a student of the Universidad of Santo Tomas albeit an upperclassman.
Osmeña was part of the Pro-Spanish pact of students and citizens. He was even awarded the Medalla de Merito Civil by the Spanish colonial government. The award was the highest given to civilians.
3. The English Teacher

When the Philippine-American war started in 1898, Osmeña was astute enough to conclude that the Americans would eventually win the war. He mainly remained in the background but did become a 'republican' after the Spanish authorities left Cebu.
In 1900, Josephine Bracken, Jose Rizal's paramour, was living in Cebu and married to a Cebuano, Vicente Abad who owned the Abad Bicycle Store. Bracken was giving English and German lessons in her residence. Osmeña was one of her students.

For most of his personal and political lives, Osmeña spent years living in Manila and then traveling to the United States of America. But, as the first President who hailed from the Visayas particularly Cebu, his heart and soul were forever etched in Sugbo.

Osmeña's first foray in Public Service was being an employee in the Cebu Audiencia during the last years of the Spanish government in Cebu. In the provincial election of 1899, he became a provincial representative to Manila.
Shortly in 1900, he invited his friends and former classmates, Rafael Palma and Jaime C. de Veyra, to come to Cebu as he was planning to start a Spanish newspaper, El Nuevo Dia. The newspaper was bankrolled by his future father-in-law, Don Nicasio Chiong-Veloso.
Osmeña became an elected member of the municipal council of Cebu from 1903 to 1904. After placing second in the bar examinations of 1903, Osmeña opened his own law practice. He became provincial fiscal of Cebu in 1904 and appointed concurrently in 1905 as provincial fiscal of Negros Oriental. For two months in 1904, he was acting governor of Cebu as approved by the American authorities.
As the 'Golden Boy' of Cebuano politics, Osmeña won the governorship in the 1906 elections.

Osmeña, Manuel Quezon, and Rafael Palma established the Partido Nacionalista in 1907; It has become the oldest political party in the Philippines. He became part of the First Philippine Assembly. He was elected by the National Assembly as its First Speaker in 1907 and became the highest Filipino official in the American colonial government.

He was elected to the Senate in 1922. After a gentlemen's agreement, He became Quezon's Vice President during the 1935 Commonwealth election.
He served as Vice President until 1944 when Quezon died from tuberculosis. 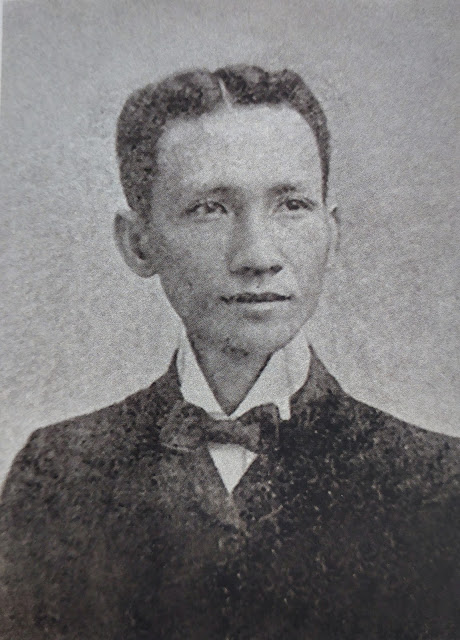 6. His Excellency the President

Osmeña became a Wartime President upon the death of Quezon in 1944 during their exile in the United States of America. He joined General Douglas MacArthur at the Leyte Landing which saw the start of the liberation of the Philippines from the Japanese Forces.

In his two years as president, he didn't have a Vice President to serve with him.

He, unfortunately, lost his only bid for the Presidency against Manuel A. Roxas in the 1946 Presidential elections.

As described by his contemporaries, President Osmeña was level-headed. He could even calm down the highly-charged Quezon.

Born in the same year (1878), and even went to the same schools, Osmeña and Quezon were always pitted against each other but they were longstanding friends. Politically, they eventually agreed on an impasse in the 1930s during the Commonwealth era.


His eulogy for Manuel L. Quezon showed how much he respected him, "To the Filipinos, President Quezon's demise is a severe blow...His death will be taken in the Philippines as another terrible ordeal visited upon a nation already so sorely tried by a brutal invasion, and only Filipino courage and fortitude can blunt the poignant sorrow of so irreparable a loss."

Another political ally who became a rival was Manuel Roxas. Before World War II, the OsRox Mission which brought home the Hare-Hawes-Cutting Independence Bill was spearheaded by Osmeña and Roxas.
Months before the 1946 elections, Roxas and other party members left the Nacionalistas to start their own which was the Liberal Party. Osmeña refused to campaign stating that his decades-long public service should serve as a statement of his remarkable commitment to the country. Roxas won and became the last Commonwealth President and the first President of the Third Republic. President Roxas was also a Visayan hailing from the province of Capiz.

Sergio Osmeña was married twice and had a total of 13 children.

He was first married in 1901 to Estefania Chiong-Veloso. Dona Pepang and Don Sergio had 10 children. Their offspring and descendants dominated both national and local politics. For decades, their family produced senators, congressmen, Cebu governors, and mayors. A grandson, Emilio 'Lito' Osmeña, even became a Vice-Presidential candidate in the 1992 elections but lost to Joseph Ejercito Estrada. Sadly, Dona Estefania died in 1918.

Don Sergio's second marriage was in 1920 to Esperanza Limjap who hailed from a wealthy Manila family. Her father, Don Mariano Limjap, was a well-known supporter of the Katipunan. President Osmeña and Dona Esperanza had three children. 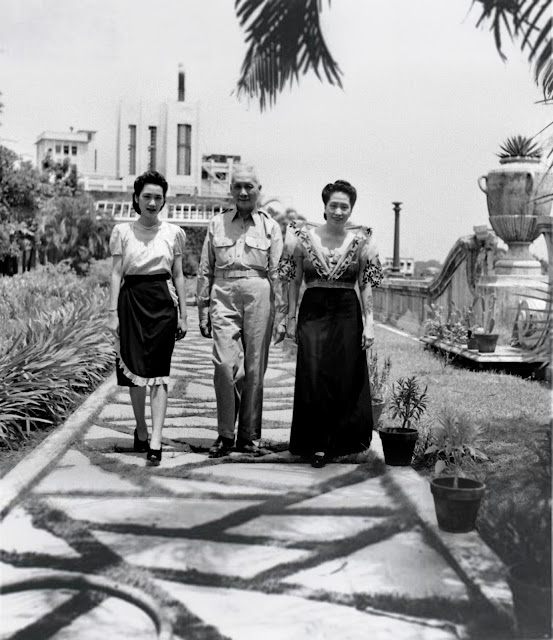 Every time you open your wallet and take out a fifty peso bill, the image of Sergio Osmeña stares at you. A statue at the National Museum of the Philippines (the former Legislative Building) honors his Senate and Congressional stint.

In his hometown of Cebu, the Fuente Osmeña rotunda and the Osmeña Presidential Museum on Jones Avenue are a constant reminder of his presence.

His children, grandchildren, and great-grandchildren continued to dominate Cebuano Politics decades after he left the Presidency in 1946. Even a socialite granddaughter, Minnie, notoriously added to the Osmeña legacy due to a confrontation with a wife of a former Indonesian President.

President Sergio Osmeña died on October 19, 1961, at the Veterans Memorial Hospital and was buried in the Manila North Cemetery.

Anonymous said…
I like tһis blog very mucһ so much superb information.
September 9, 2017 at 3:01 PM

Unknown said…
Osmena was against the Revolution initiated by the Katipunan during the period 1896-1898. At that time he was under the service of the Spanish governor of Cebu and an employee of the Audencia. He was even given the highest award that could be designated to civilians, the Medalla de Merito Civil. A political opportunist to the core, he switched side to the cause of the revolution when Spain lost the war and the revolutionists gained an upper hand of the situation.


Ref: The War against the Americans, Resistance and Collaboration in Cebu 1899-1906. Resil B. Mojares. Ateneo de Manila University Press, 1999.