Posted by Margaux Camaya, The Visual Traveler September 04, 2017
Last night I attended a party where I was one of the judges in a Talent Showcase wherein the contestants emulated movies from the 1940s and 1950s. 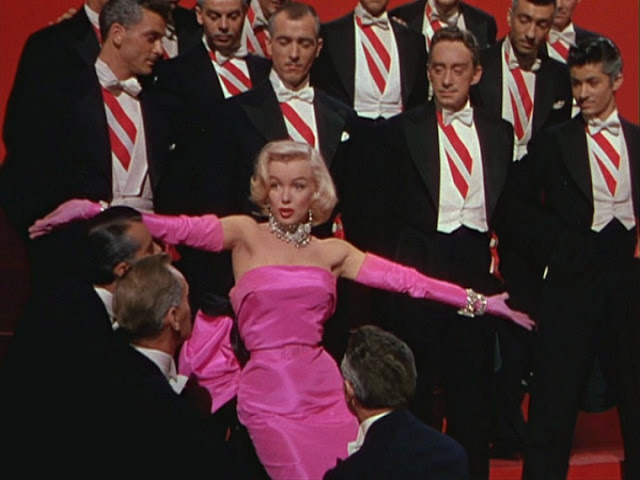 With the magnetism and sensuality of both Monroe and Russell, the movie became hugely successful. One iconic scene that became part of pop culture was when Marilyn Monroe's character, Lorelei Lee, sang the catchy song Diamonds are a Girl's Best Friend.

The captivating Marilyn in her pink gown and opera gloves surrounded by male dancers, singing in that breathy voice of hers has been imitated by modern artists. Who can't resist being inspired? It was classic Marilyn Monroe. 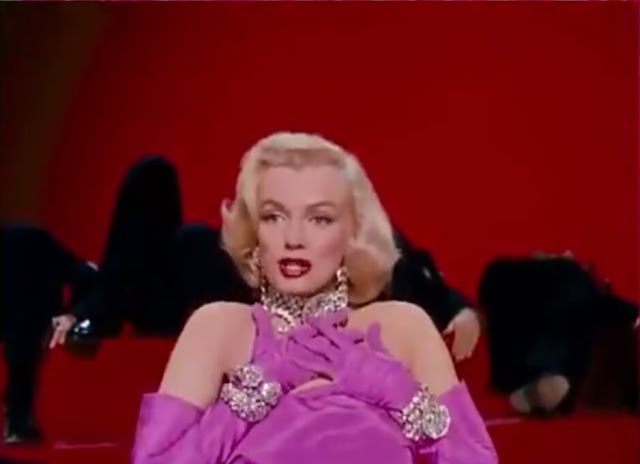 But it was Madonna's take of that movie scene in her 1984 music video Material Girl that I remembered when I was watching the show last night. I grew up in the 1980s and watched a lot of MTV. The music video even starred Keith Carradine as her suitor. Madonna being Marilyn but singing her own music. The best homage to both Marilyn and Madonna was Nicole Kidman wearing her top hat, glittering corset, and on a trapeze swing singing a mash-up of Diamonds are a Girl's Best Friend and Material Girl in that Moulin Rouge scene.

Is it time to make a new version for this generation? Who would live up to Marilyn, Madonna or Nicole?