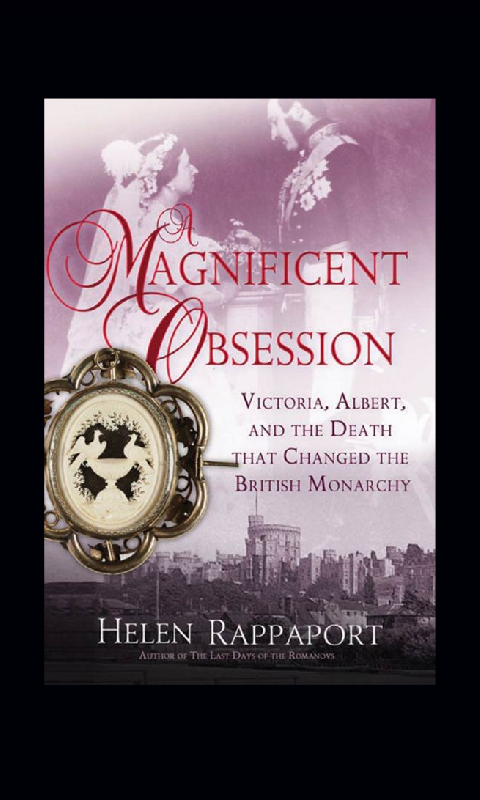 "Who reverenced his conscience as his king;
Whose glory was, redressing human wrongs;
Who spake no slander, no, nor listen'd to it;
Who lov'd one only and who clave to her...
Dear to thy land and ours, a Prince indeed,
Beyond all titles, and a household name,"

Is it possible to live one lifetime and be in love with just one person?


The Victorian Age was one of the glorious and successful periods in British History;  and it might not have happened if Prince Albert, The Queen Consort, did not die of illness in 1861.

Queen Victoria's reign could be divided into two eras, During-Albert and Post-Albert. While Prince Albert was alive, he served as the Queen's unofficial Private Secretary, Mentor and Adviser. He did more Royal duties whenever Queen Victoria was with child. She was pregnant nine times during their twenty-one years of marriage.

It could be summed up that Queen Victoria's Magnificent Obsession was not Prince Albert but her idealization of him.

She created a mythical memory of a Prince Consort that separated his reality and that by the second half of her reign, most of the populace have already forgotten him.

Victoria's real obsession was her commemoration of death, memorials and grief. She became fascinated with the ritual of sympathy and empathy that went along with death. It became one of her official duties to write condolence letters to the loved ones of those who departed. Her Royal Court followed strict Mourning Periods whenever someone close to the Queen dies.

Her life was marked by various personal loss and tragedies. This might have been a consequence of living a long and full life. She lost 3 children in her lifetime, various grandchildren, her mother, her favorite Uncle Leopold, her devoted governess, John Brown and of course, Prince Albert.

But Prince Albert's death became the catalyst for the creation of the real majestic and imperial Queen Victoria.

The Queen, who in spite of her grief, inspired loyalty in her subjects. In the 19th century, she was the Queen who brought the Monarchy closer to the people through her published books and carte de visite photos. The Queen who would be known as "The Grandmother of Europe".
Queen Victoria continued to wear black until her own death in 1901.
books