Posted by Margaux Camaya, The Visual Traveler March 27, 2014
When I was in high school, William Ernest Henley's poem, "Invictus", was introduced to me. At first, it was something that was forced upon us in order to pass a requirement. But later on it became one of my personal mantras.

Recently, I learned that it was also Nelson Mandela's favorite poem. In fact, it was his driving force when he was imprisoned for 30 years in Robben Island Prison.

It's a haunting poem. It has a melancholy air around it but when you've read it out loud a couple of times, it becomes inspiring.

I've shared my favorite lines to my classes and to folks that I've met. It resonates through time. It's a simple masterpiece written by an English poet 139 years ago. 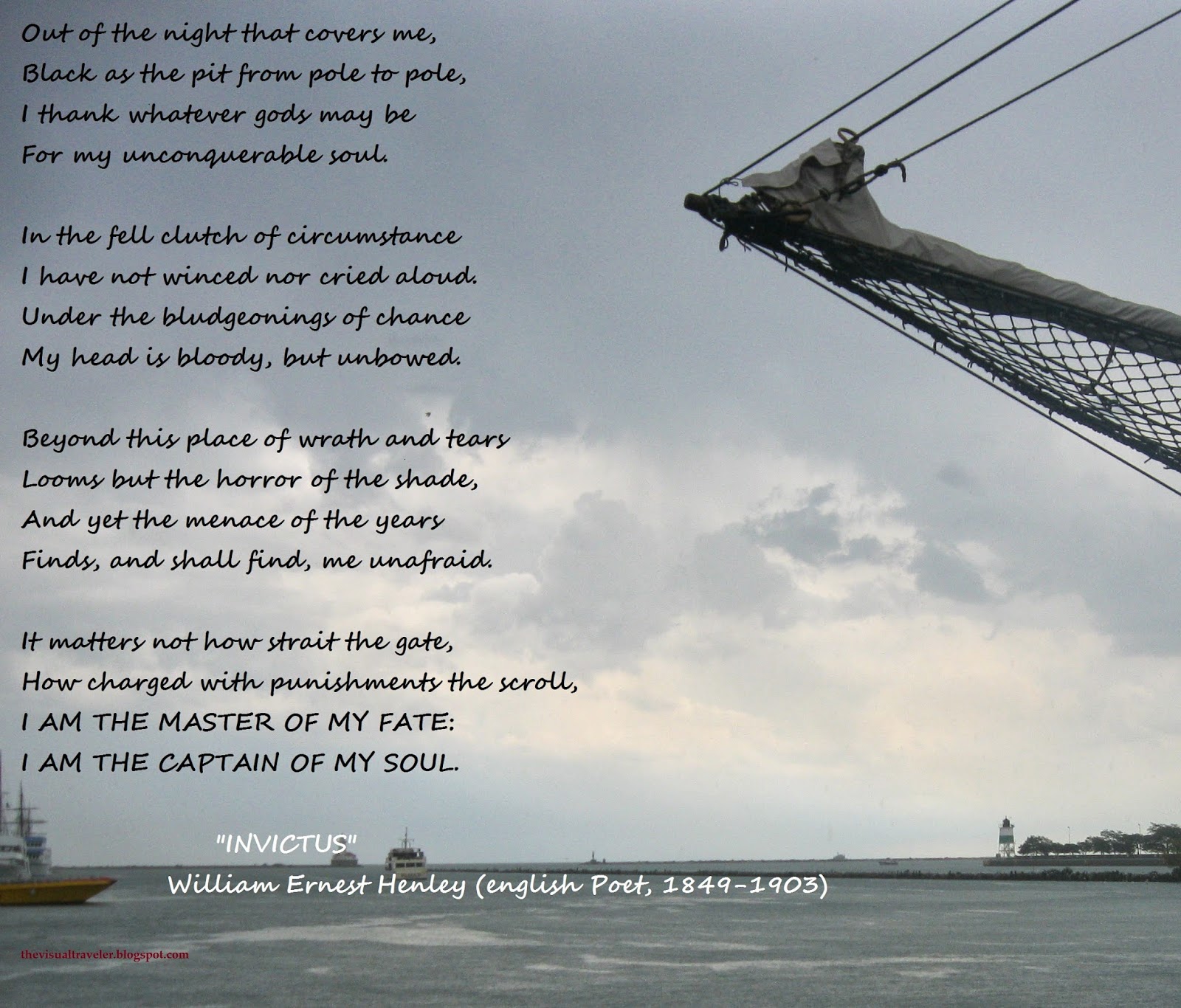