The Different Images of the Sto. Nino Child Jesus

Posted by Margaux Camaya, The Visual Traveler June 29, 2014
January in the Philippines is a very important month for the Roman Catholics. We commemorate the Feasts of the Black Nazarene and the Sto. Niño (Child Jesus).

The most famous festivals happen in Quiapo, Tondo, Aklan, and Cebu. Pilgrims flock to these places to show their love, devotion, and penance.

For more than 400 years, the Philippines was colonized by Spain which brought Catholicism to the country. Tradition, culture, and society have been ingrained by what we have learned centuries ago.

The first known image of the Santo Niño in the country was brought by the Magellan Expedition in 1521.

It was given as a gift to the wife of Raja Humabon, Hara Humamay on the occasion of their conversion to Christianity. They were renamed Carlos after the Spanish king and Juana, the name of King Carlos' mother.

According to historical narrative, this image was lost and was discovered by a Spanish soldier during the Legazpi Expedition in 1565.

The image is now displayed at the Basilica Minore del Santo Niño Cebu. The Sinulog Festival honors thr Child Jesus. The celebration happens during the third Sunday of January.

We praise through prayers, parades, singing, dancing or just being with family and friends.

Here are some images of the Child Jesus that are showcased yearly in Ayala Mall at Cebu City during the annual Sinulog Festival.

It depicts the Sto. Niño in different costumes dressed according to what the owner wants. Some icons are decades-old even hundreds-old. They've been passed on to family from generations. They're displayed in homes, offices, establishments, or even in vehicles. The devotion to the Holy Child Jesus cannot be measured.

Visiting any Santo Niño exhibit would produce wonder at the artistry and faithfulness these implies.

The photo gallery below celebrates the majesty of Sr. Santo Niño. 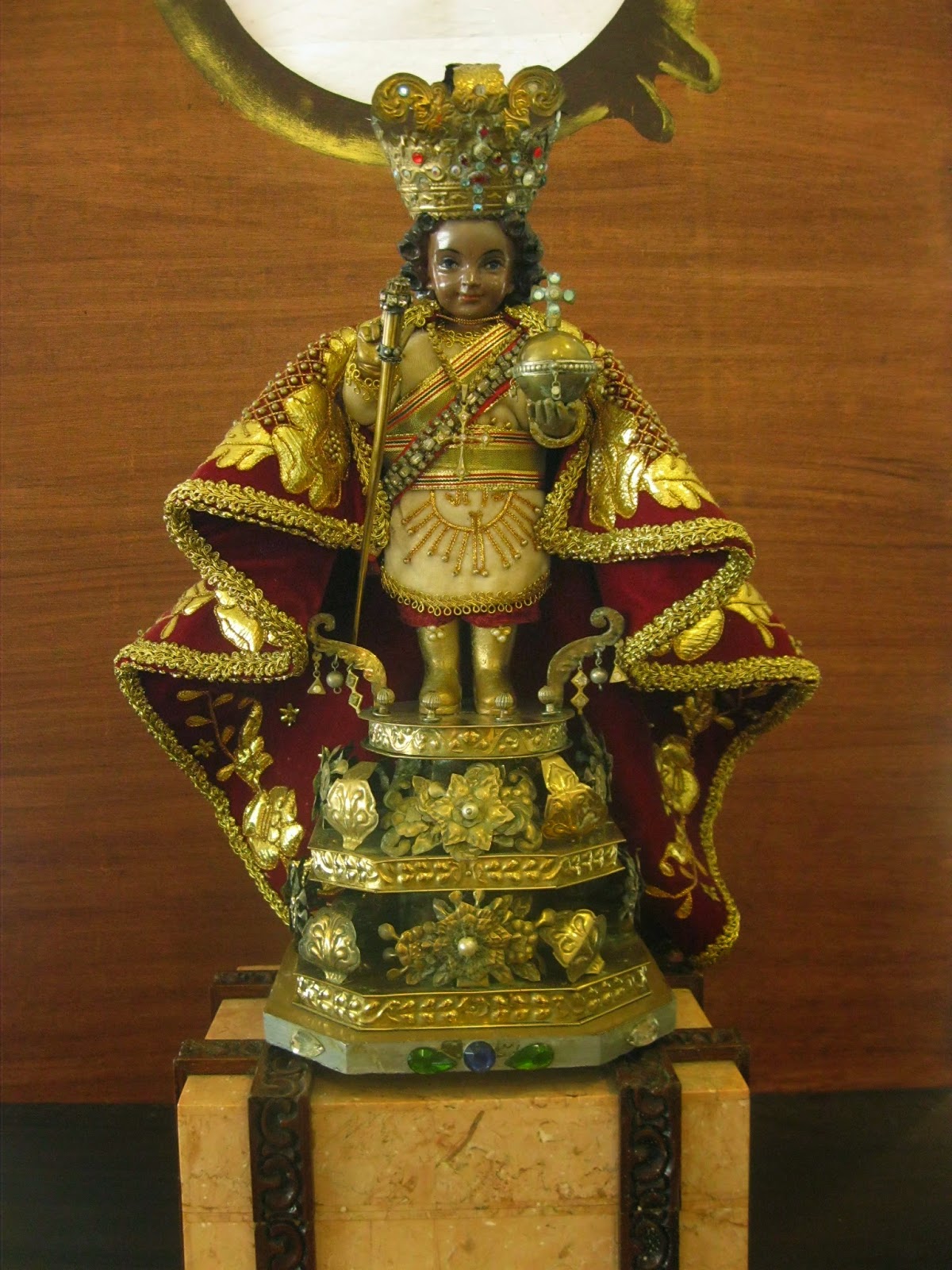 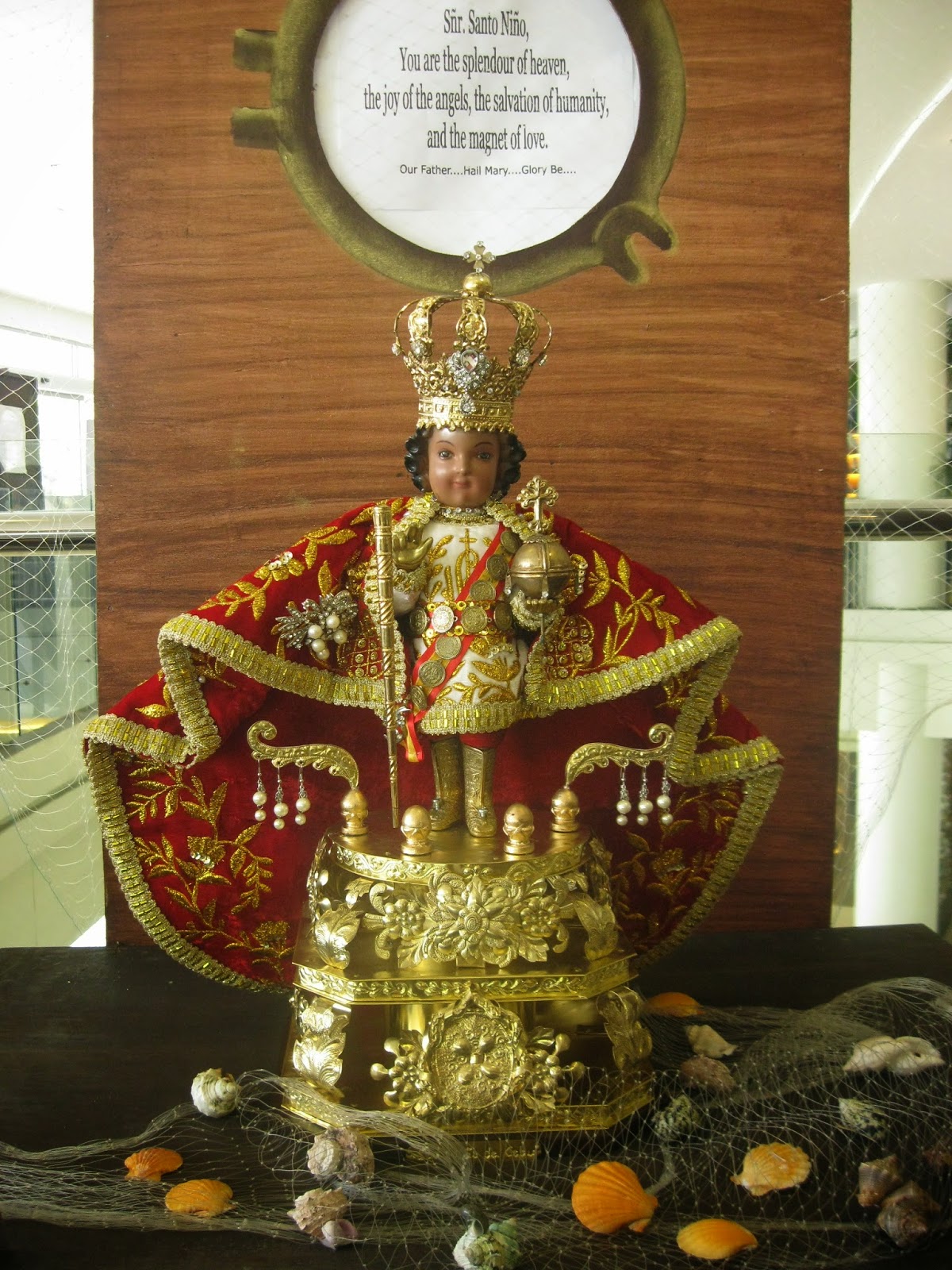 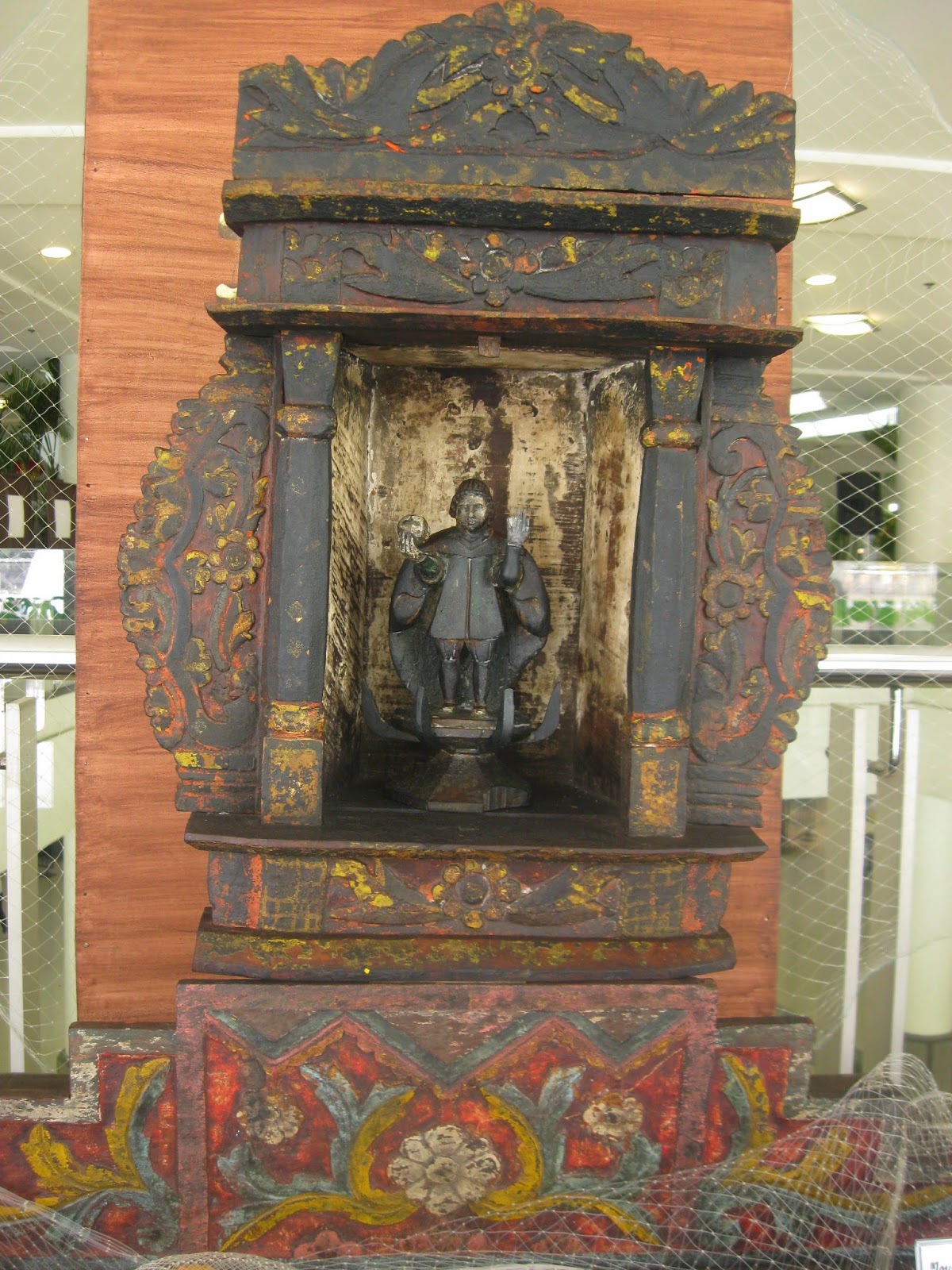 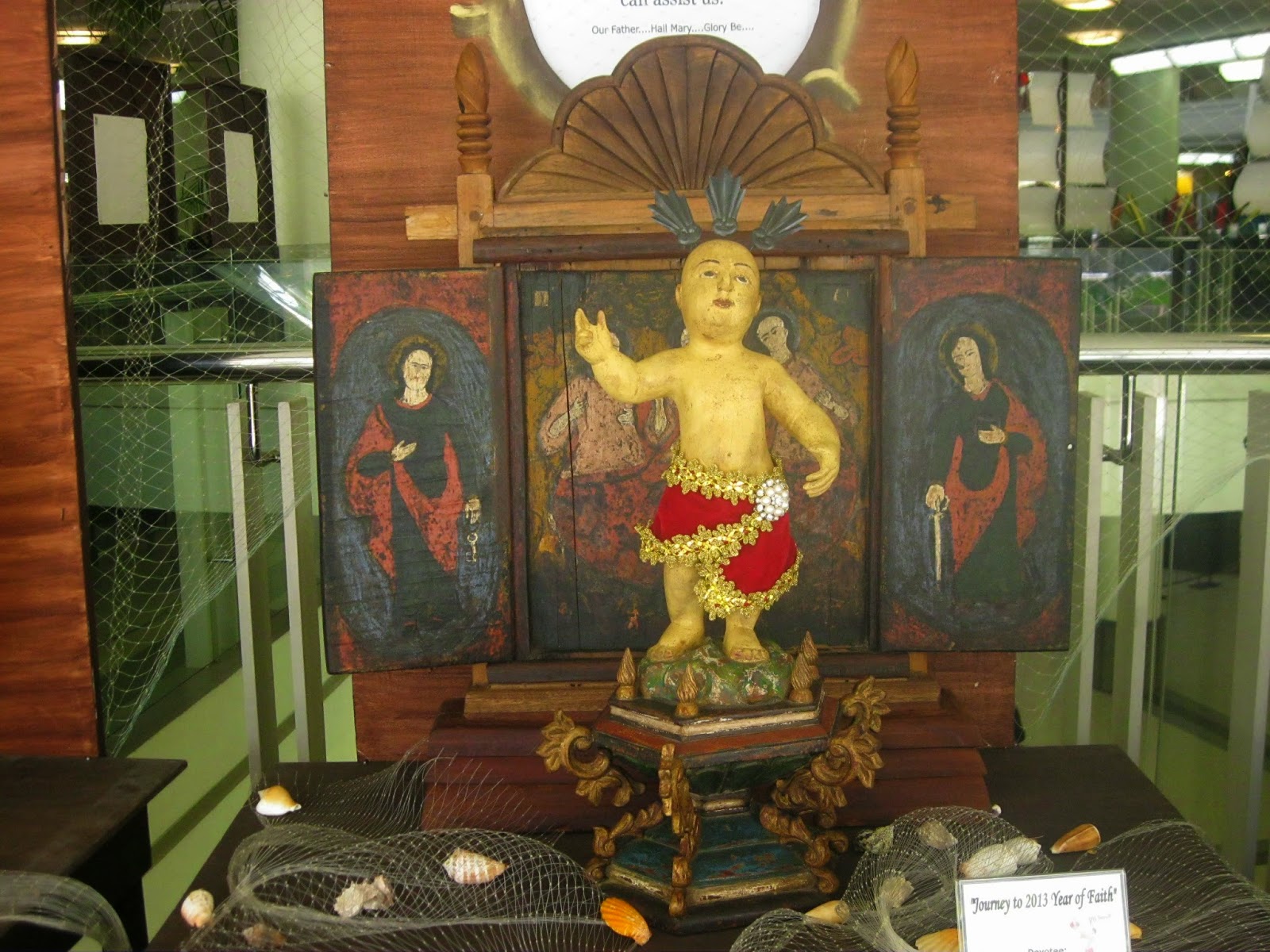 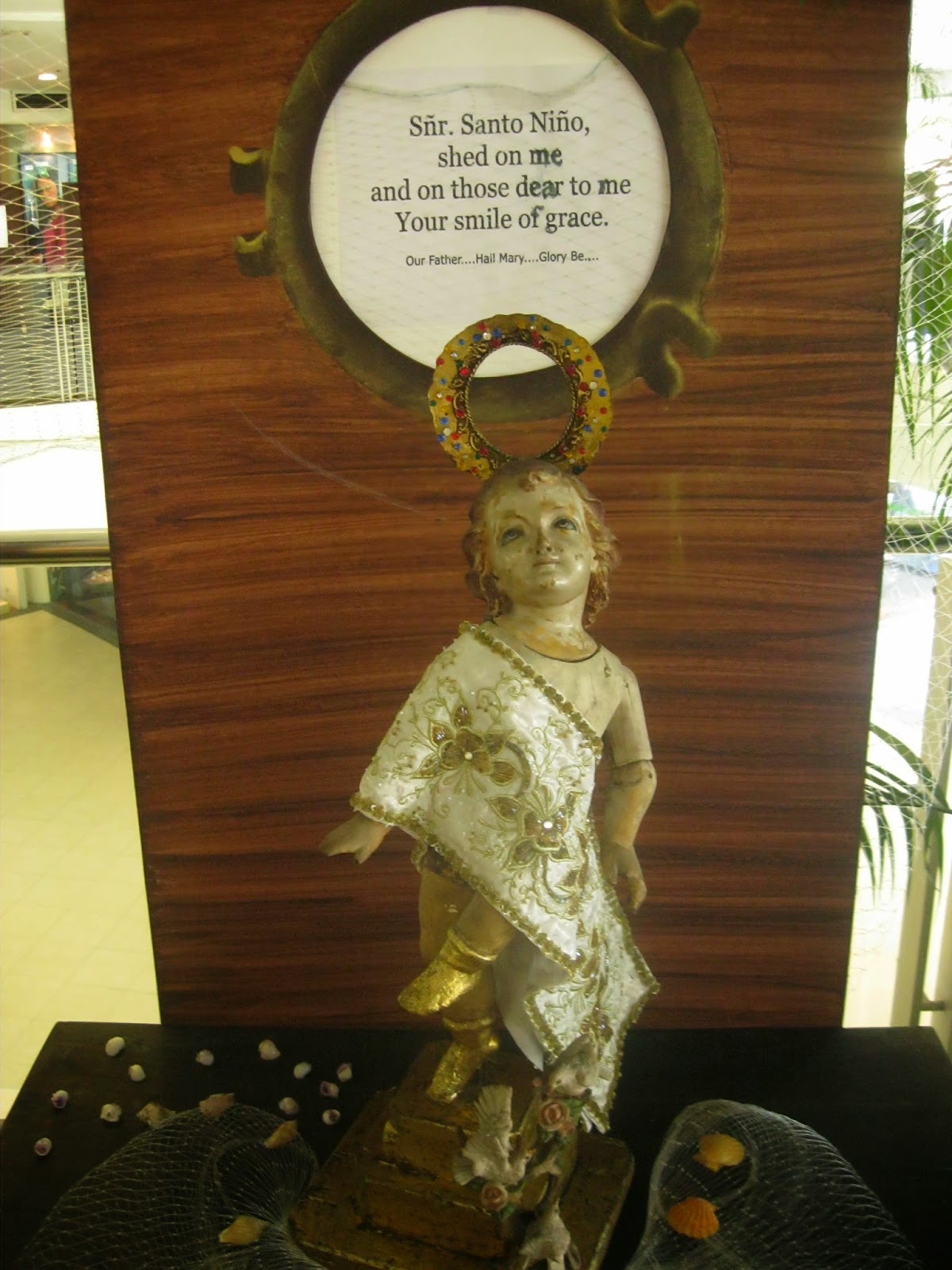 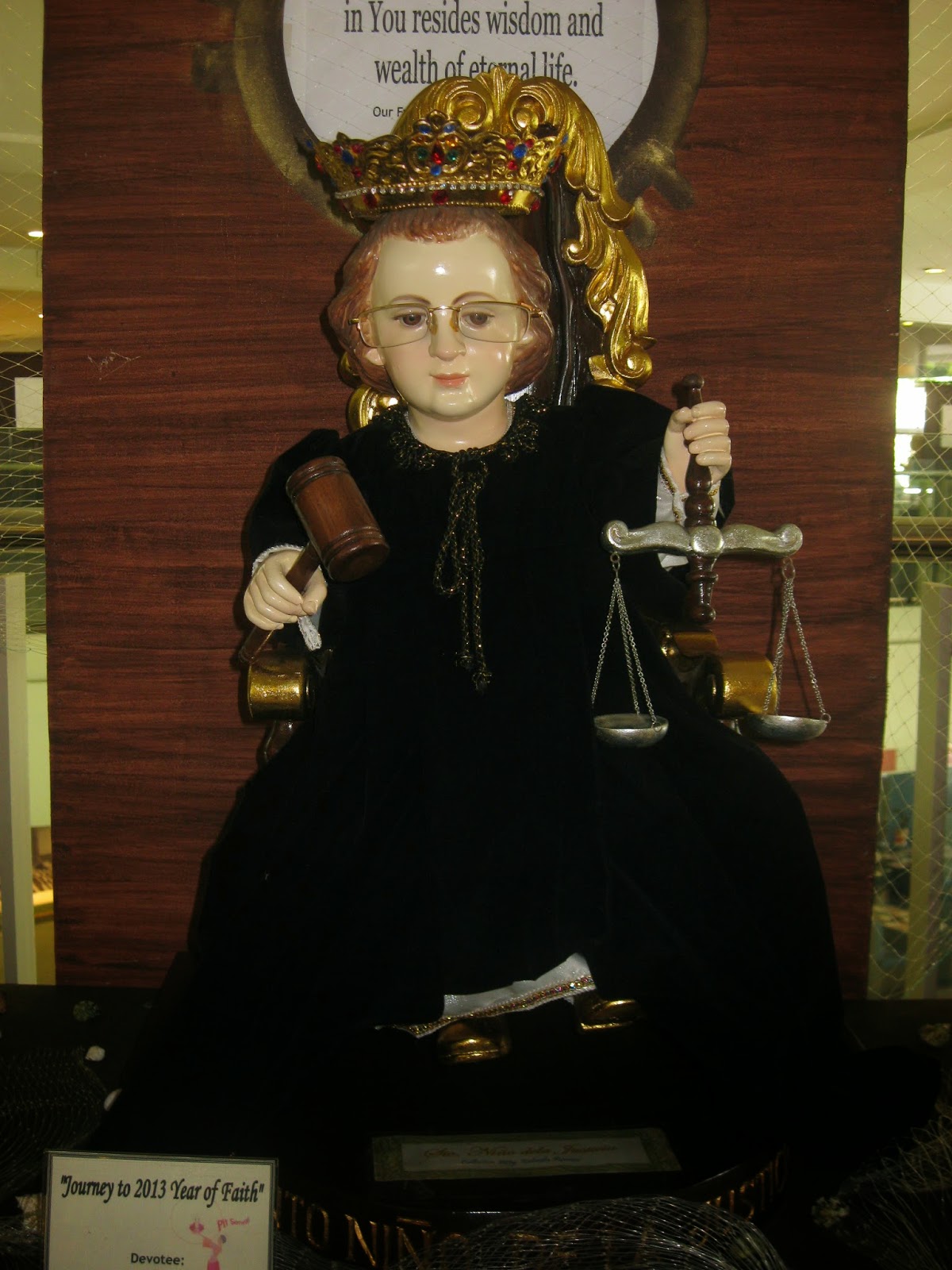 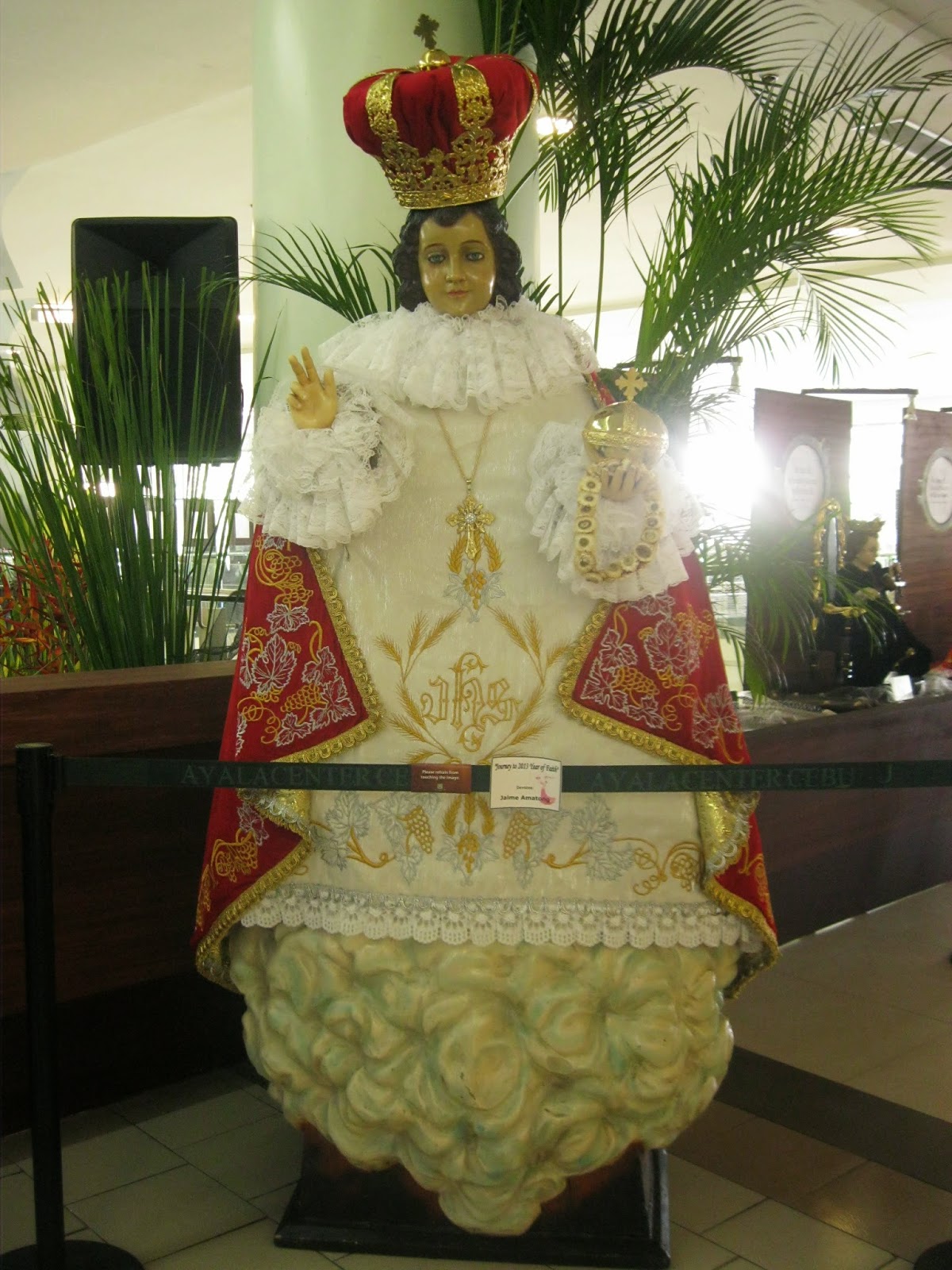