Posted by Margaux Camaya, The Visual Traveler June 21, 2014
Michael Jordan, one of the biggest and most famous NBA basketball players of all-time, started and ended his NBA career with the Chicago Bulls. He led the team to numerous achievements and wins. He was honored by having his image immortalized in a statue. 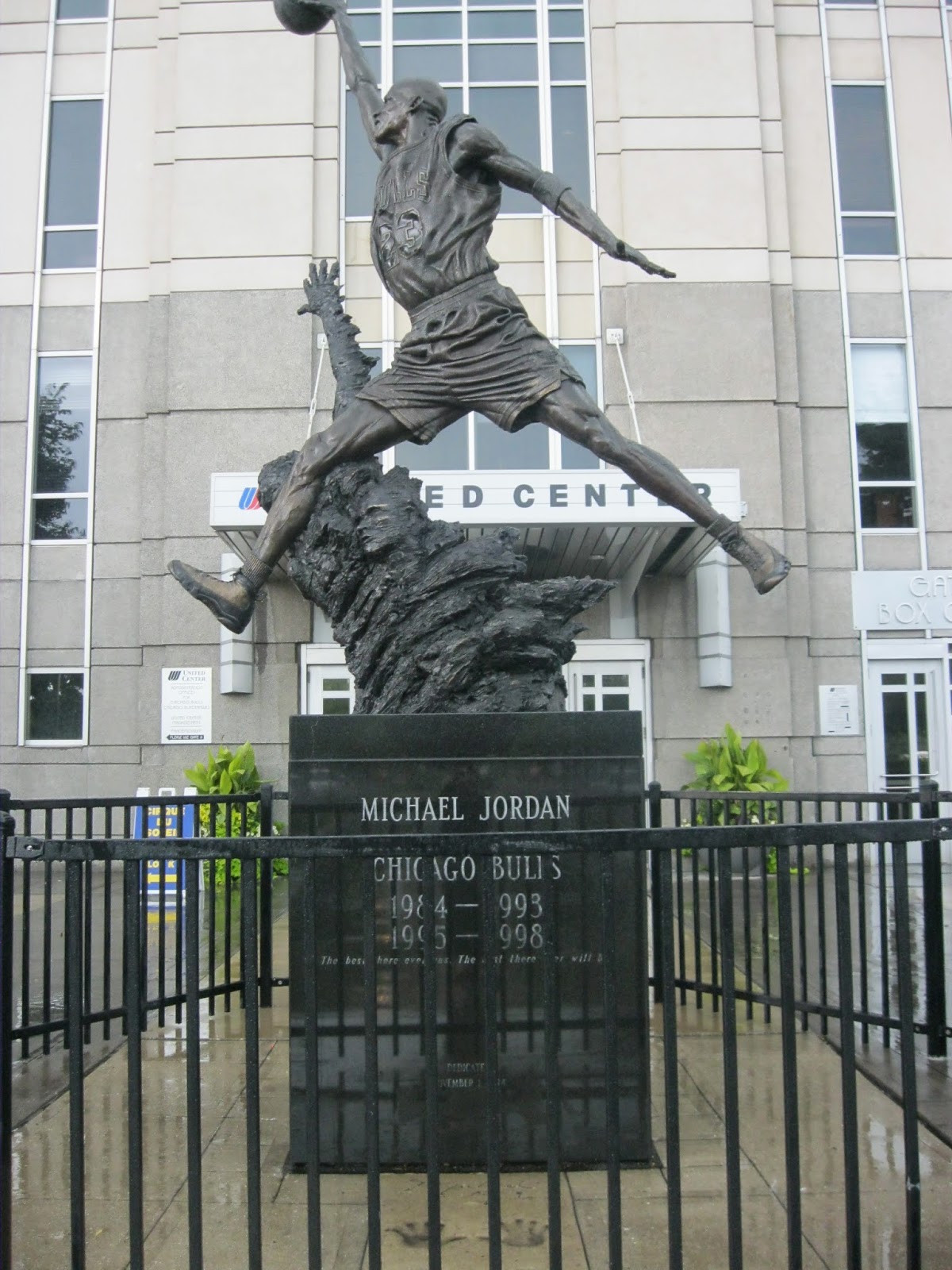 It's every basketball fans dream to have their picture taken with the Michael Jordan statue (in my opinion). The statue also known as "The Spirit" embodies the Jordan trademark of seemingly flying through the air.

When I went to Chicago, my brother made me promise to take pictures of the statue which is located in United Center. It was unfortunate that it was raining when I went there but the rain didn't stop me from having the photo-op. 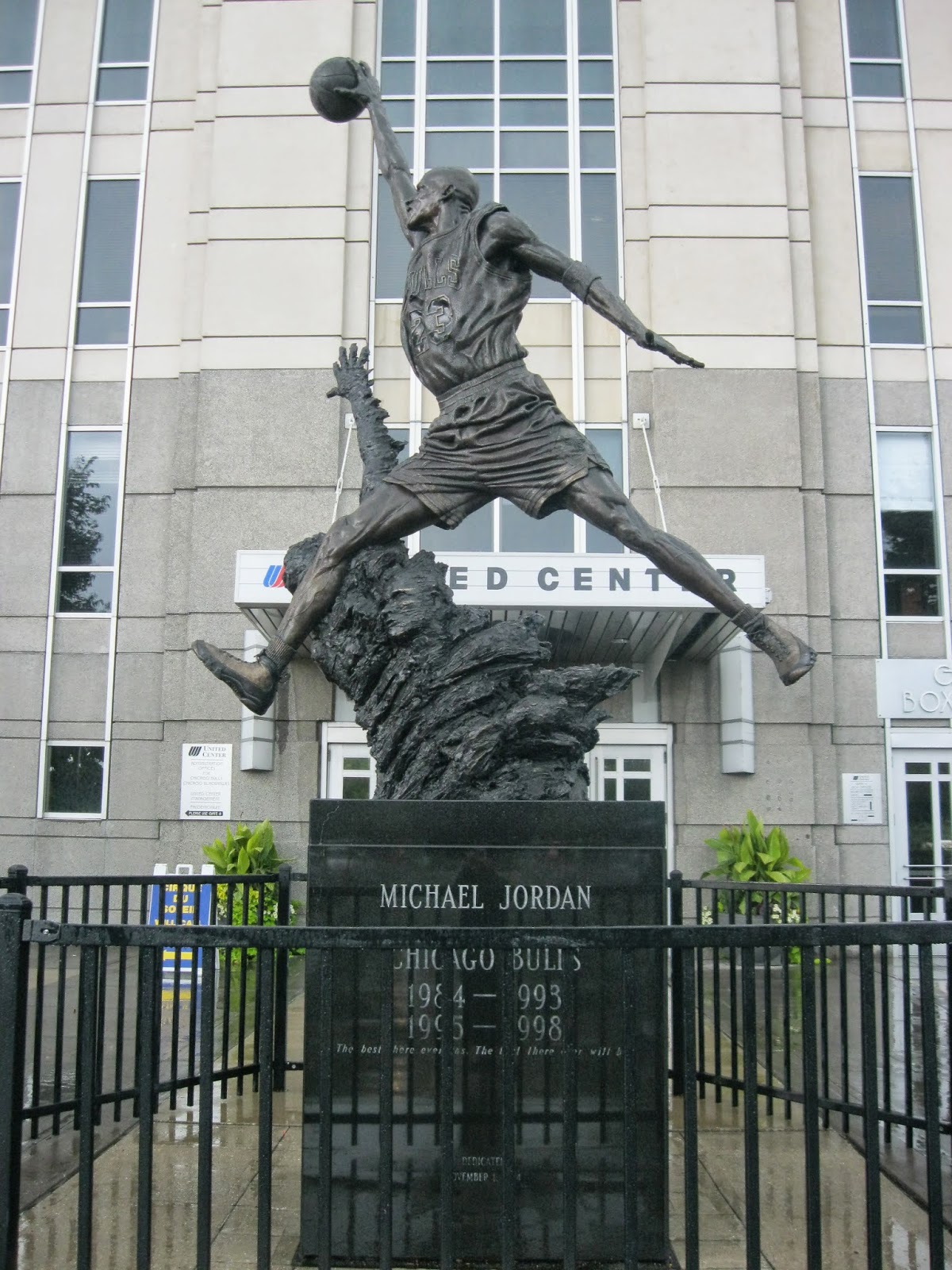 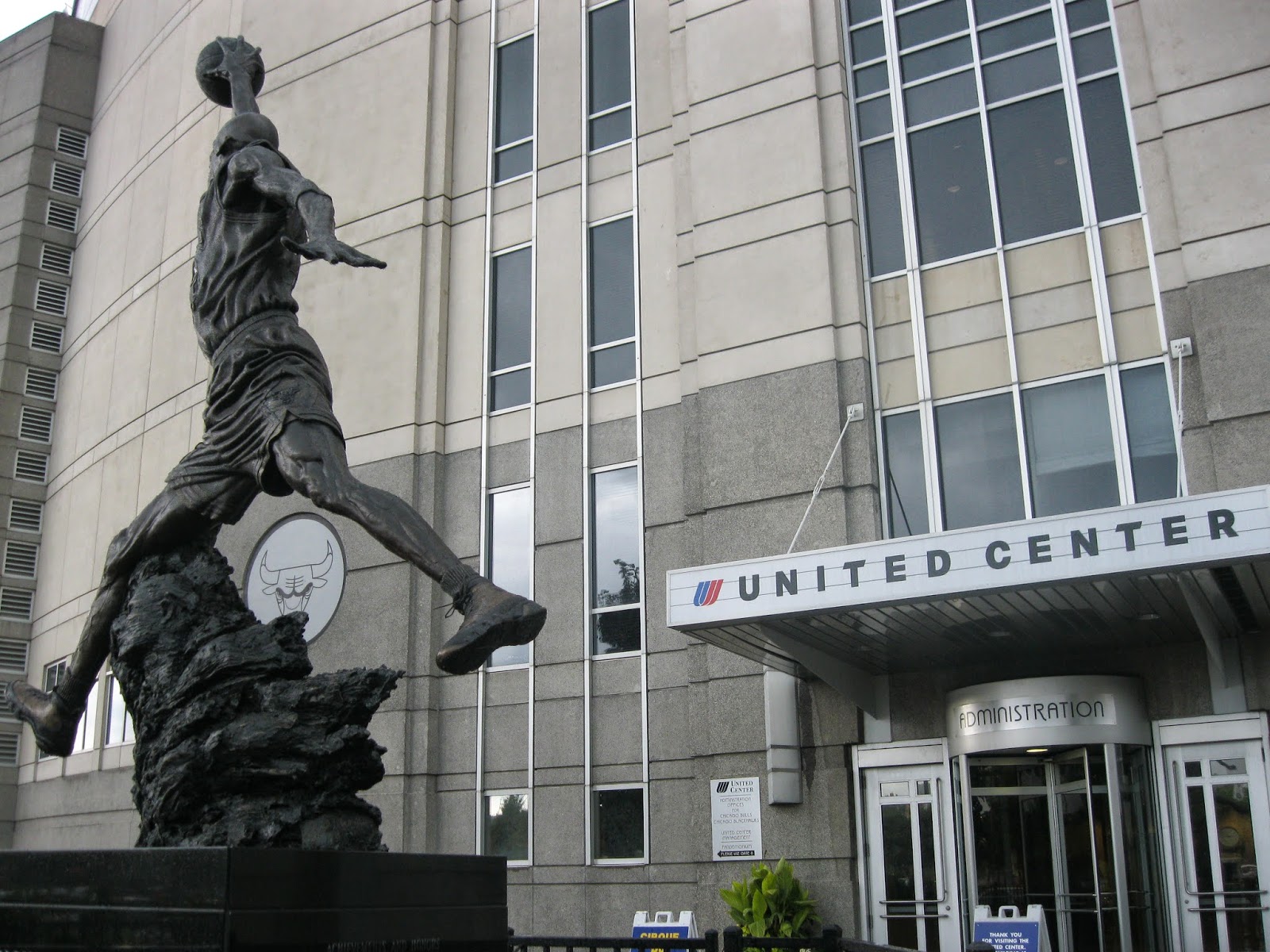 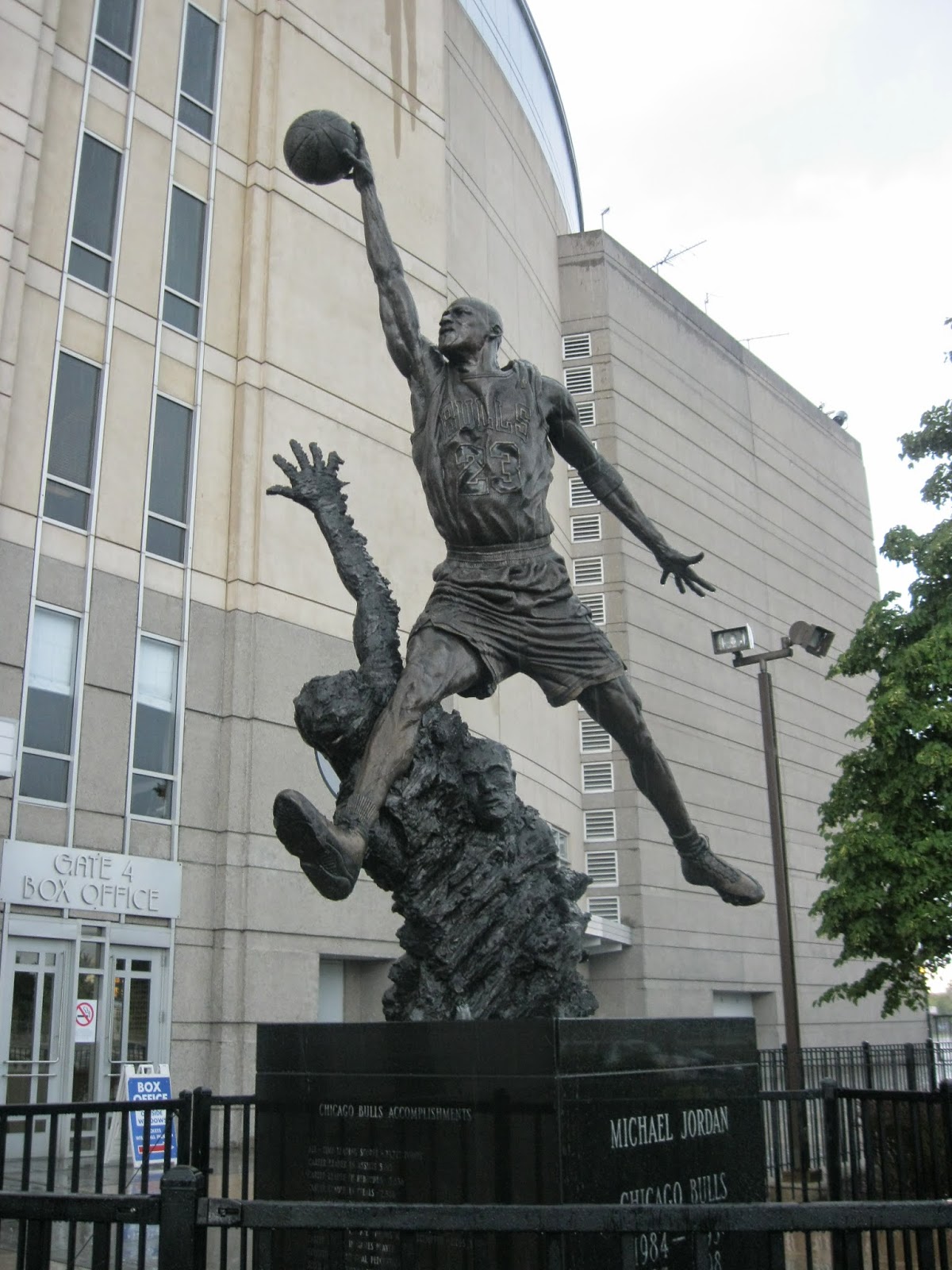 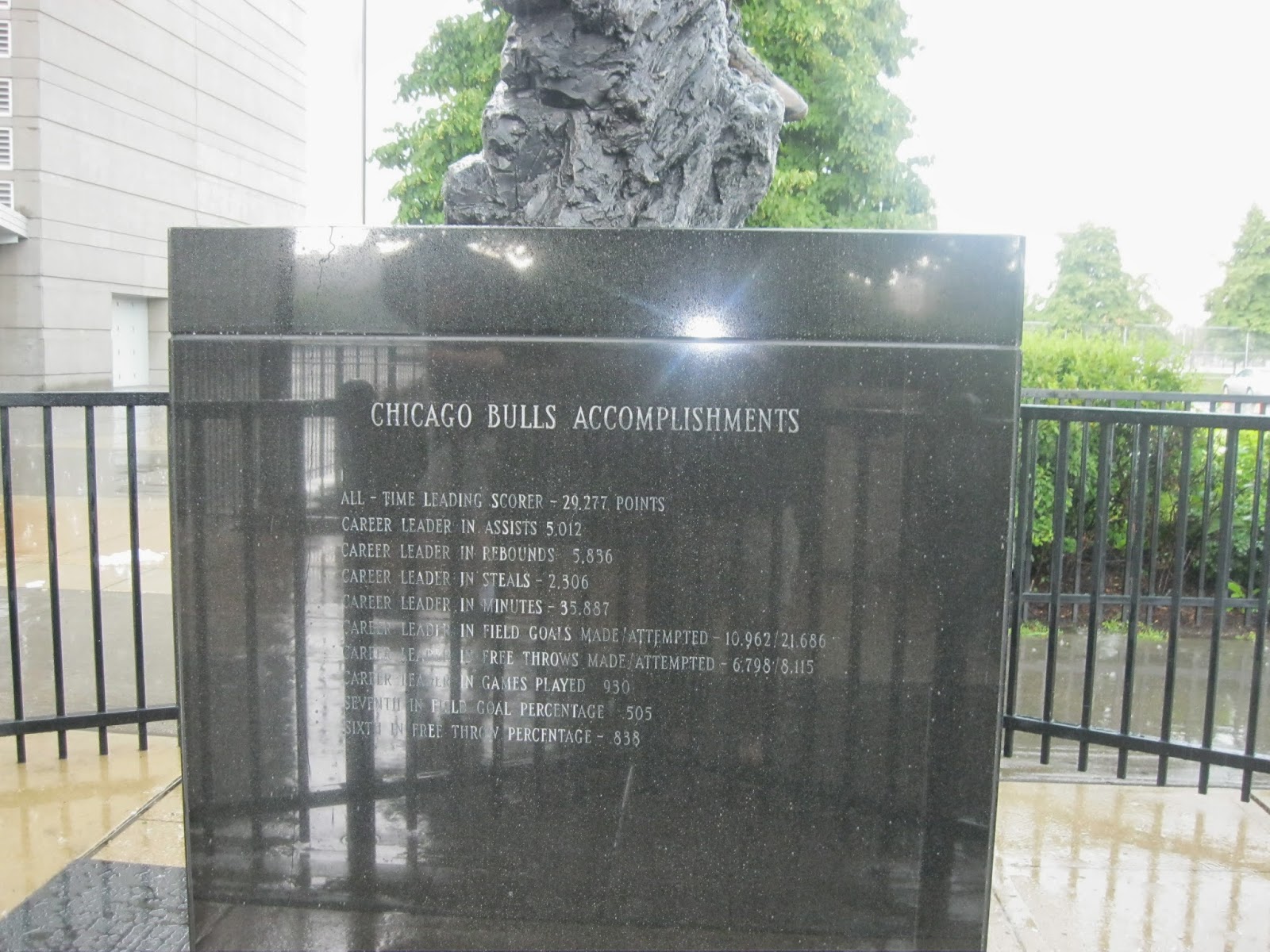 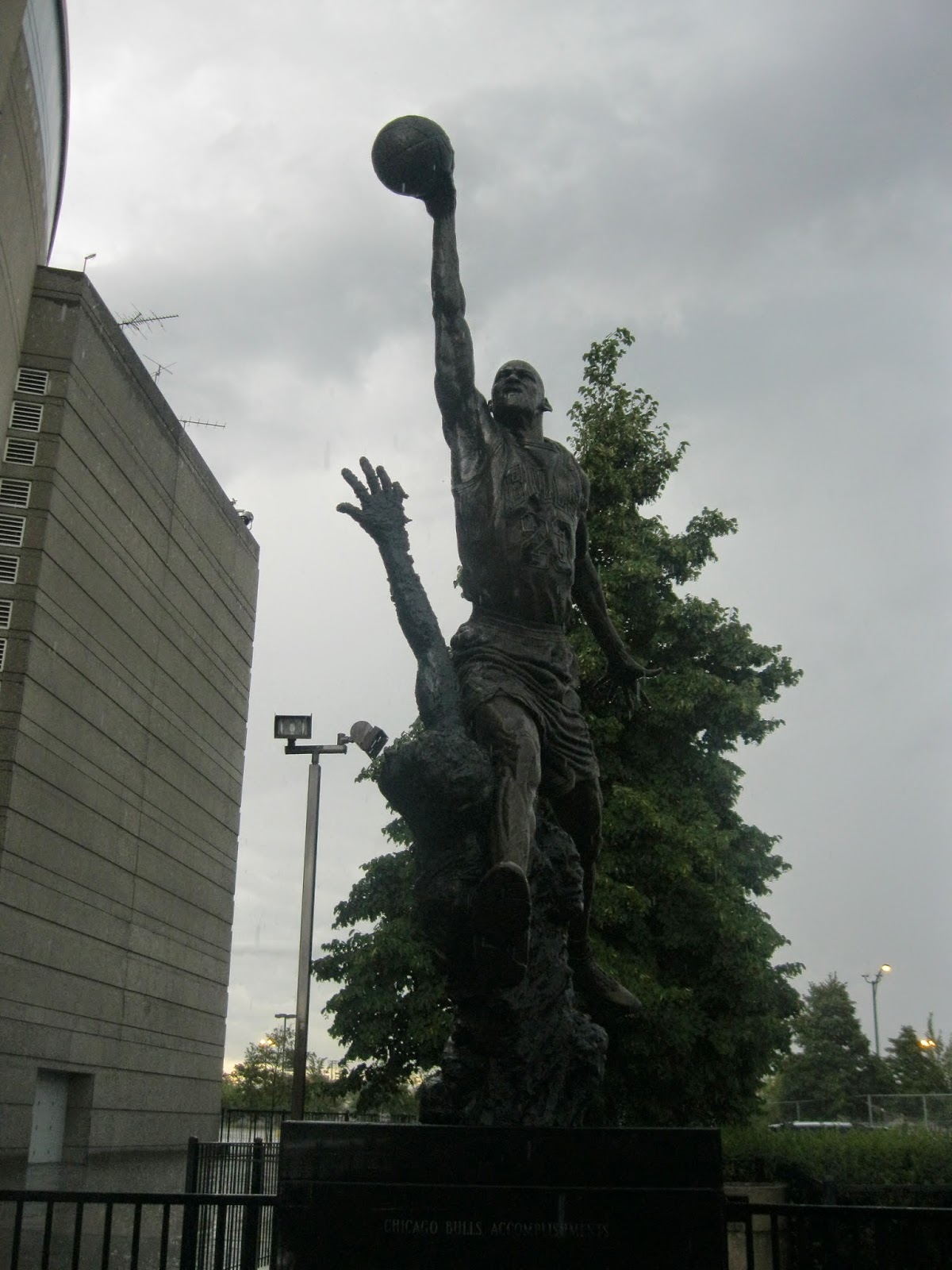 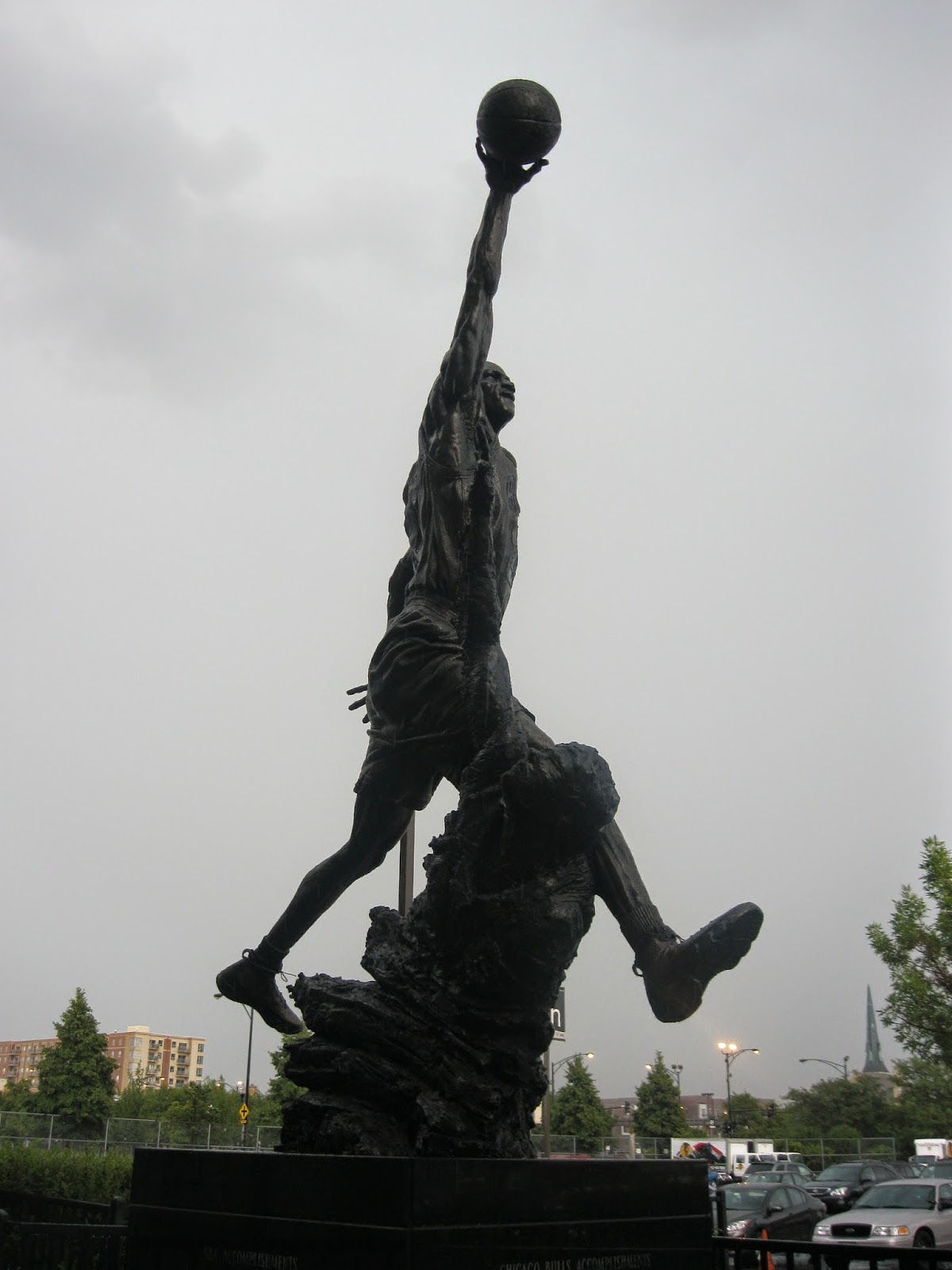