Posted by Margaux Camaya, The Visual Traveler November 09, 2016
"A world that's far away. Where life is not unkind. The movie in my mind."

On November 12-13, 2016, SM City Cebu and SM Seaside will have limited screenings of the live-recorded performance of the 25th Anniversary of Miss Saigon. The West End performance stars Eva Noblezada as Kim, Rachel Ann Go as Gigi and Jon Jon Briones as the Engineer. 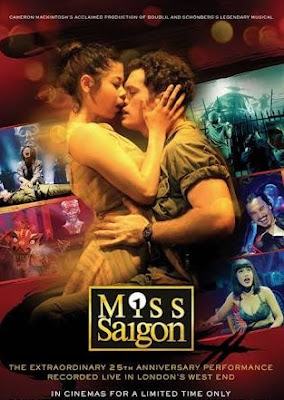 In 1989, a team lead by theatrical producer Cameron Mackintosh who came to Manila looking for artists who would star in his new musical show. 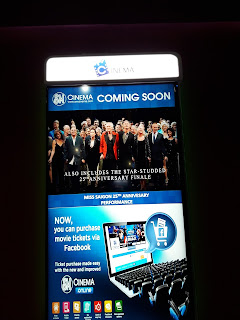 Miss Saigon brought the world's attention to how special and talented Filipinos are. More and more Filipino artists are being recognized and are sought after.


With the support of the lyricist-composer duo of Alain Boubil and Claude-Michel Schonberg, the Miss Saigon cast was filled with mostly Filipino artists with the likes of Lea Salonga, Monique Wilson, Isay Alvarez, and Robert Sena.


In 1991, Mackintosh brought the highly-anticipated Miss Saigon to Broadway. With the success of the theater musical, Lea Salonga both won the Laurence Olivier and Tony Awards for Best Actress in a Musical.


Last weekend, I was able to purchase my tickets directly from SM City Cebu. The ticket only cost 220php. You can check the schedules via smcinema.com or go directly to the ticket counters in the cinemas. 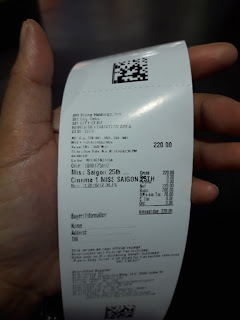 I'm so excited about watching Miss Saigon on screen even though nothing beats seeing it onstage.

Don't miss out on th is musical and show your Pinoy Pride.

PostScript: Extended run until November 15 for both SM Cebu and SM Seaside.