Posted by Margaux Camaya, The Visual Traveler November 08, 2016
Calling all Beauty Pageant enthusiasts, ladies and gents, young and old, bring your swimwear to JPark Water Resort and Hotel in Cebu as over 70 Miss Universe 2016 contestants invades the Queen City of the South.

They will be having their swimsuit pictorial on January 17, 2017 at the only water resort in Cebu. JPark Resort is a Regional Sponsor for the 65th Miss Universe Pageant. 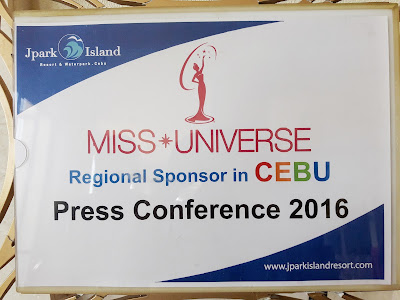 The beautiful ladies may also be gracing some of the Sinulog events that will happen on that day.

Cooperation with LGUs
During the press conference held at the hotel on November 7th, JPark's Mr. Jason Uy, Mr. Justin Uy, Mr. Sean Noh and Mr. Arthur Lo announced the huge role that they will play during the Miss Universe 2016 Pageant that will be held in the Philippines.


They are coordinating with the Provincial government, the cities of Cebu and Lapu-Lapu for the security and safety of the contestants and other guests. 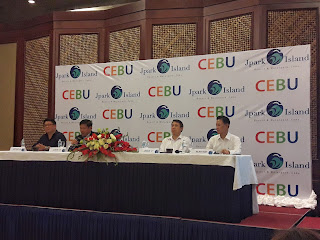 
JPark Resort is proud to be chosen to host the Miss Universe 2016 contestants in January 2017.


I discovered this tiny tidbit when I recently had a staycation in Montebello Villa Resort, hand prints and signatures of the winners of the Miss Universe 1974 pageant are etched and displayed at the resort's La Terraza Restaurant.

The marker was dated July 29-30, 1974. What I can surmise from this is that these lovely ladies stayed in Cebu after the pageant proper.


The 43rd Miss Universe Pageant where reigning queen, Dayanara Torres, crowned Sushmita Sen of India as Miss Universe 1994 was held at the Philippine International Conventiom Center (PICC) on May 20th, 1994.


On January 30, 2017 at the Mall of Asia Arena, current Miss Universe 2015 who hails from the Philippines, Pia Wurtzbach will be passing her crown to the next Miss Universe.