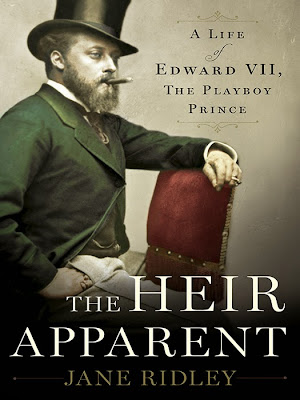 He was known as the Uncle of Europe since the majority of the European Monarchy in the late 19th and early 20th centuries were related to him by birth or by marriage.

When Queen Victoria died in 1901, Prince Bertie has been Prince of Wales for 59 years since his birth in 1841.

He became the first ruler of the House of Saxe-Coburg and Gotha. His son, George V, would inherit the throne from him but because of the events of World War I, changed the name of the House to Windsor.

Who knew that he would play an important role during his reign and it wasn't all about fun and parties. He became a Master in Diplomacy and brought the monarchy closer to the people (not including the numerous scrapes and scandals that he had).

He was the uncle who was able to significantly control his proud and ambitious nephew, Kaiser Wilhelm II of Germany, eldest son of his sister Vicky. He was able to influence the British government in modernizing the Army and Naval forces. Thus, putting into motion the preparation for a war that he saw happening.

His reign which is popularly known as the Edwardian Period extended until his son's reign. It can be considered the Golden Age of Monarchy in terms of fashion, class, political events and wealth.

Edward VII's might have been a short reign lasting from 1901-1910 but it impacted the way the British saw and feel about the monarchy. He was much admired by his grandson, Edward VIII (Duke of Windsor), that he followed in his footsteps with the partying, women, scandals and decadent lifestyle. But the difference was that Edward VII very much wanted to be king.

It must have been challenging to have an overbearing and jealous mother like Queen Victoria! She wanted him to be a mirror image of his father in aspects of intelligence, morals and being but unfortunately, Edward was very much the opposite of Prince Albert.

It would have been a very different monarchy indeed if Prince Albert lived. For monarchists, this is a definitely good read. I highly recommend this book for those who want to learn more about the Saxe-Coburg and Gotha reign or the Edwardian Period.
books History