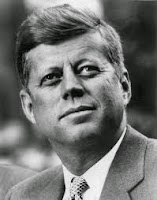 Retlync said…
I'm not a fan of politics but I enjoyed reading this post. This is so interesting and informative!