Posted by Margaux Camaya, The Visual Traveler July 04, 2016
"The tree of liberty must be refreshed from time to time with the blood of patriots and tyrants." - Thomas Jefferson


I'm a self-confessed History geek. And one of the fascinating periods in American History for me is the 18th Century. This is when the United States of America was born.

Each miniseries listed in this post tells the different sides of the struggles that faced the Founding Fathers and patriots.

Some historical facts might have been changed to get more dramatic scenes.

Journey to the road to freedom with these three TV series. 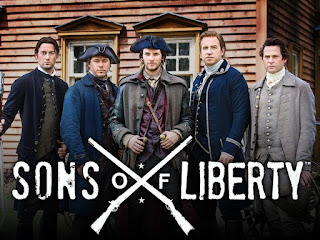 
"There's the revolution you know. And the one that's about to begin."

In this three-part miniseries produced by History Channel, we're introduced to the events leading to the American Revolution. Ben Barnes stars as Samuel Adams who plays a pivotal role in the Revolutionary War against the British. The series covers the early part of the fight for freedom and features events that took place in Massachusetts particularly Boston.

I had a little laugh when I saw how they portrayed Benjamin Franklin. It's quite different from what I've read about him.

General George Washington turned to his spy group, the Culper Ring, to outwit and infiltrate the enemy forces. The bulk of the material is based on Alexander Rose's book, Washington's Spies: The Story of America's First Spy Ring.

AMC brings you this series starring Jamie Bell. It's now in its third season. One interesting thing about this show is Benedict Arnold. The Washington Loyalist turned traitor figures prominently in the storyline.

If it's from HBO, it must be good. And it does ring true to this miniseries about Founding Father and 2nd President, John Adams. Based on David McCullough's biography of John Adams.

It tells the story of the first 50 years of the United States of America as seen by John Adams. Adams a prolific letter writer has left a wealth of materials for historians and enthusiasts to ponder upon.

Paul Giamatti stars as the stoic and serious John Adams. The miniseries was shown in seven parts. It stars talented actors that gave a lot of weight to the miniseries.

It was nominated for 23 Emmy nominations and won thirteen. 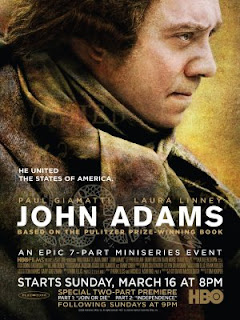