Posted by Margaux Camaya, The Visual Traveler July 21, 2016
"The others in the village --- they thought this was something I wanted. Something I chose to do. But it never felt that way to me. No, it was not a choice. It was an obligation." Ratonhnhake:ton (Connor Kenway) 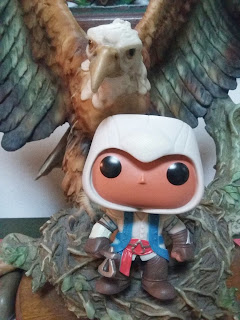 Connor Kenway is an ancestor of Desmond Miles through the paternal line. He is also half-British and half-American Indian. He  is the son of Master Templar, Haytham Kenway and Kaniehtí:io. His grandfather is the renowned Privateer and Assassin, Edward Kenway.


Connor Kenway is the featured Assassin in Assassin's Creed III. He comes after the Ezio Auditore trilogy. In the historical context of Assassin's Creed, he brings back to life the devastation that rogue Assassin, Shay Cormac, brought to the American branch of the Assassins. He revived the interest of Achilles Davenport and was trained by him to become a Master Assassin of the Colonial Brotherhood of Assassin,

He showed agility in manning a ship just like his grandfather, Edward. He renovated the Assassin ship, Aquila and fought against the British using it as well.

Aside from the Assassin's blade, he uses a Machete and a bow-and-arrow. These weapons reflect on his heritage and tradition.

Connor experienced the American Revolution and hobnobbed with the likes of Benjamin Franklin, Samuel Adams, George Washington and Benedict Arnold. 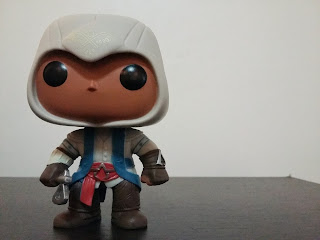 By his demeanor and speech pattern, I consider Connor the most serious-minded Assassin. There were some talks about him having a love interest in the form of another Assassin, Aveline de Grandpre.